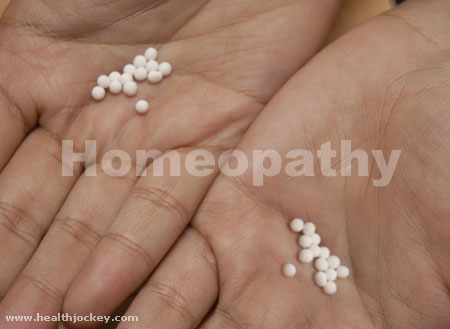 Discovered over 200 years ago out of dissatisfaction with the prevalent medical practices by the genius called Dr. Samuel Hahnemann, homoeopathy has been a science riddled with disbelief, myths and even ridicule by the orthodox medical practitioners, right from its birth till date. Homoeos – Similar suffering and Pathy – suffering in Greek implies that homoeopathy treats based on the axiom that substances capable of producing a certain set of symptoms in a healthy human being have the power to cure a similar set of symptoms in a sick human being. For example if eating a certain leaf produces jaundice in a certain person, then the same leaf in a potentized form will remove his jaundice. Which means that irrespective of the cause of jaundice which although important but not indispensable, it has the power to correct the jaundice.

Now this point causes great discomfort and indigestion to a lot of people that if the cause is unknown, how can one treat the effects arising out of that very cause! Here in lies the beauty of this age-old healing science. A conventional medical physician would investigate and try to identify the cause of the jaundice and land upon something like a hepatitis (lets say for example sake) induced by a viral infection or alcohol etc. He will prescribe anti-virals( whose efficacy is doubtful), or let the ‘self-limiting’ condition resolve spontaneously if he is more conscientious than his other mates and realizing full-well the limitations of his medication or worse, give some medication which the condition doesn’t even demand, just because you have landed in his clinic!

He is convinced with the fact that the virus/alcohol is the cause and jaundice its effect. But how many times has it happened that you asked your doctor that why this happened to your beloved and the doctor did not have any convincing answer to your simple and straight-forward question? How many times has it so happened that you or a loved one has been plagued by an illness whose cause, the doctor said, was not known to the entire hyper-intelligent modern medical fraternity and yet some treatment was given? I am sure the answer is only one-numerous times.

The homeopath realizes that each human being is different, individual and unique in himself. He realizes that the diarrhea you are suffering from is different from the multitude diarrheas that others are having, even though the neighborhood physician will studiously dismiss your pleas of individualization by saying that its identical to the countless other diarrheas caused due a food contamination this season. The homeopath asks you questions of the widest imaginable spectrum ranging from the color of your sweat to the state of your mind the previous evening and arrives at a remedy. He digs deeper than the virus lodged in your liver as the cause of your jaundice. He realizes that your immunity waned enough to allow the normally harmless virus to flare up enough to give you the yellow skin because you were extremely upset on your son’s school grades since few days and an argument with your mother the previous evening just worsened your stress, all amounting to the release of stress hormones which caused your immunity to dip.

What will the remedy do and how and where will it act, you ask your homoeopath. The answer is simple. Just like the stress caused your liver to get affected without there existing any co-relation whatsoever between the liver and your stress, similarly the remedy acts on the entire body, irrespective of which organ is the one currently manifesting the disease. Because it’s the person who is diseased, not just the heart/liver/bladder, it’s the entire person in his totality who needs the treatment, not just his liver/bladder/heart. The remedy floods your body with its presence with the help of the omnipresent nerves and fills up whatever lacunae are present wherever, incognizant of the fact that some of these lacunae are still not visible or manifest externally in the way of symptoms.

So then, from where does the point arise that homoeopathy is a mere placebo and not a rational science. Just because the homoeopath gives more importance to the mind than the liver alone? Or is it because the same ‘self-limiting’ disease the orthodox medical man treated so gallantly disappeared spontaneously (like it would anyway) under the homoeopath’s treatment rather than his? Or is it because the so-called ‘modern-medicine’ is realizing with every passing day, that it does not know the cause of an ever-increasing plethora of diseases, for which it doesn’t have any cure, as it doesn’t know the oh-so-important cause! Then why are they treated with palliative and suppressive aids when they condemn the same thing are wrong if done by homoeopathic medicines?

All this while, the Homoeopath looks beyond the ‘apparent-cause’ and ‘name of disease’ and treats the Dis-ease i.e. The Discomfort that the patient is lamenting about and makes the healing not just a science, but takes it a notch higher, making it a healing art.