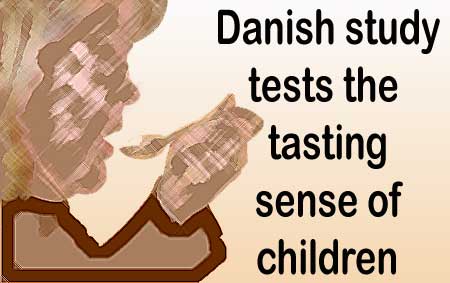 A latest Danish study says that, apparently, girls have a better sense of taste than boys. Boys, on the other hand, have a sweeter tooth as compared to girls. This study was conducted by the Danish Science Communication and the food scientists from The Faculty of Life Sciences (LIFE), University of Copenhagen.

This study was conducted as a “mass experiment” in unison with the yearly natural science festival at the Danish primary and secondary schools.

All the participating children were supplied with a kit of taster samples. This test was conducted in order to verify the ability of children and teens to identify sweet and sour tastes at varying intensities, in order to monitor which taste they prefer, the number of taste buds they have, and they also answered a questionnaire on their eating habits and fussiness over food.

Bodil Allesen-Holm, M.Sc., in Food Science and Technology, is also the scientific head of the project and the head of the Sensory Laboratory at the Department of Food Science at LIFE, says, evidently, there is a noticeable difference between boys and girls, and their capability to recognize taste changes with age.

It’s also revealed that, apparently, every third school child prefers a non-sugary soft drink. Evidently, it’s said that girls prefer mute flavors, while boys prefer extreme flavors. Boys are believed to have a sweeter and sourer tooth than girls. The study also reveals that most of the children like fish. Supposedly, around 59 percent of the children didn’t think that they were fussy eaters.

In teens, however, it was noticed that, evidently, their tastes change with age. Their ability to recognize taste increases, supposedly, with age. Earlier studies have, allegedly, stated that the children who like sour things are more likely to not be fussy eaters, as compared to the ones who are not very fond of sour tastes.

Bodil Allesen-Holm says these findings may prove to be beneficial for parents, as well as the food industry.