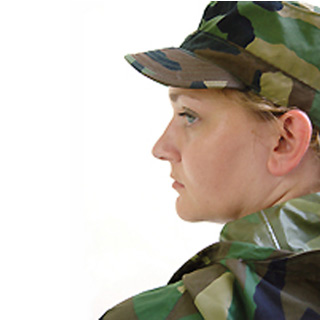 Is adjusting to civilian life post war more difficult for women combat veterans as opposed to their male counterparts? To find out, experts from Women’s Health Research at Yale may initiate a joint study to classify gender differences among returning soldiers.

It is said that out of the two million Americans who have fought in Afghanistan and Iraq since 2001, around 2,20,000 have been women, and several of these women were apparently in the war. This is claimed to be the biggest cadre of U.S. military where women were exposed to combat so far.

Apparently there is no proof that women carry out the tasks in any different way as compared to men in battle zones. But supposedly it is not acknowledged whether women and men vary in their experiences after resuming civilian life. It is believed that women military veterans could be more prone to post-traumatic stress disorder as opposed to men, despite similar experiences. But it is alleged that the trauma women experience in battle could be compounded since women on average come into the military apparently experiencing more civilian trauma as compared to men and may also endure trauma due their comrades as opposed to males.

Nevertheless, none of this assumption has been examined with empirical studies. Well, this is what the experts intend to achieve with the pilot study and an impending, wider assessment.