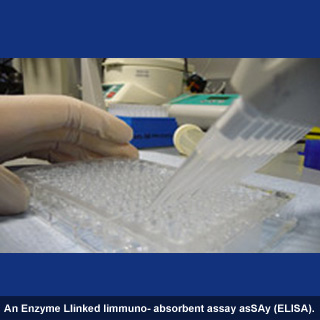 A study into the relationship between antibodies and proteins in people with lupus could suggest earlier diagnosis of kidney disease in such patients. It may perhaps lead the way for early diagnosis of other autoimmune diseases. A similar method is known to have been developed for early diagnosis tools for other conditions such as rheumatoid arthritis.

Scientists are believed to have the foremost time modified a blood protein created in Westcountry laboratories and used its relationship to antibodies as an effective form of early diagnosis of kidney disease in patients with lupus. They were from the Peninsula Medical School in Exeter and Torbay Hospital in Torquay.

Lupus is known to be an autoimmune disease which produces antibodies that attack the proteins that form the cells of an individual’s tissues and organs. Moreover, patients with lupus seem to be difficult to diagnose for the disease.

As a result its symptoms appear to be so non-specific that they imitate other types of disease such as rheumatoid arthritis and multiple sclerosis thereby resulting in symptoms ranging from general aches and pains to the destruction of vital organs. Thus, doctors may perhaps have to take great care before making a confirmed diagnosis. In addition, sometimes it could possibly take up to five years for a lupus patient to be diagnosed properly.

Furthermore, those suffering from lupus are believed to be at an increased risk of developing heart disease and kidney disease. The latter once detected appear to be often irreversible. Hence there seems to be requirement to perfect an ‘early warning system’ for patients with lupus who develop renal complications.

Supposedly, the modified blood protein is readily recognized by the body’s antibodies. By means of exploiting the difference between a normal blood protein and a modified one, the team was believed to have been able to develop a method or ‘assay’ to determine the early detection of kidney disease and its developmental progress.

Patients with lupus are known to be effectively hit by a diagnosis double whammy i.e. the nature of the disease signifies that a precise diagnosis could possibly take years, by which time related complications such as kidney disease are already well advanced. By developing this method of diagnosis, which merely requires a small sample of blood, the scientists are believed to have established a way to identify kidney disease at an earlier stage.

Dr Paul Eggleton from the Peninsula Medical School stated that, “The other exciting element of our work is its potential application to other autoimmune diseases, such as rheumatoid arthritis, multiple sclerosis and irritable bowel. We are part of a pan-European consortium of researchers all working towards developing biomarkers similar to ours for Lupus and kidney disease that can be applied to other autoimmune diseases.”

At present, they are observed to be testing the trial in patient blood samples taken before, during and after they developed kidney complication. This signifies that, while in most cases the effects of the disease cannot be reversed, doctors may be able to advise therapies and lifestyle changes.

Apparently, these therapies and lifestyle changes can mitigate the worst effects of the disease for patients, or if caught early enough can attempt to stop the beginning of disease.