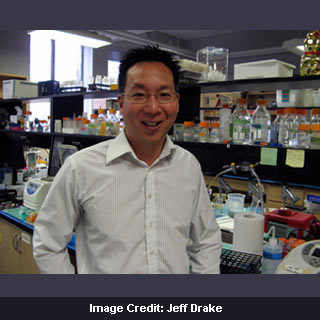 Scientists at Queen’s University are believed to have found a link between two genes occupied in cancer formation in humans via examining the genes in worms. The revolutionary discovery seems to provide a basis for how tumor-forming genes interact. In addition, it may suggest a drug target for cancer treatment.

Apparently, there is a chief gene in humans called PTEN that acts as a tumor suppressor. When the PTEN gene function is lost, it could possibly lead to cancers. For instance, approximately 70 to 80 percent of all prostate cancers appear to have lost PTEN function.

An extra gene family, called Eph receptors, often shows high levels in cancers, but a connection between PTEN and Eph Receptors in cancer formation seems to have never been revealed. This study is known to show the significant relationship between these genes in worms.

“When cancer hijacks a healthy system, it can create tumors by causing cells to divide when they shouldn’t. Certain genes control the normal movement and growth of cells, and by studying how these genes interact, we can understand what is abnormal when cancer is present,” says lead author of the study, Ian Chin-Sang, a developmental biologist at Queen’s.

“Obviously humans and worms look very different. But at a molecular level, they are very similar. In some instances, like the ones we are studying, the cellular mechanisms are so similar that the human genes can replace the worm’s gene,” explains Professor Chin-Sang.

He further stated that, “There is a drug used in the treatment of breast cancer that some women develop a resistance to. Those same women have also lost their PTEN. Perhaps their Eph is overactive, and that has made the PTEN go down. The research on the worm may therefore provide a useful drug target for therapeutic intervention of breast cancer. In fact, this worm is becoming a bit of a scientific celebrity. Studies on this worm have won researchers three Nobel prizes in the last seven years.”

The team was of the opinion that the same principals may perhaps be applicable to humans. The subsequent step could possibly to get a closer look at the interaction of these two genes in humans. More so, the findings may result into exciting breakthroughs in cancer treatment.

The findings of the study have been published in the journal, Developmental Cell.