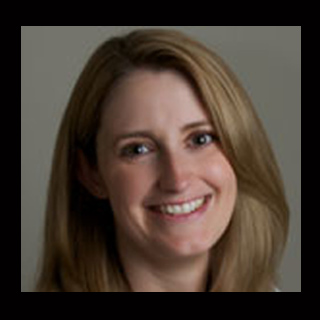 According to a latest research from Johns Hopkins Children Center, asthma symptoms could perhaps worsen in children with depressed mothers.

For the purpose of better understanding this criterion, researchers were believed to have examined data from interviews with 262 mothers of African-American children with asthma. Apparently, this population was inexplicably affected by this inflammatory airway disorder.

Asthma is known to be the country’s leading pediatric chronic illness. According to CDC, it affects nearly 6.5 million children under the age of 18. Further, they were noted to have tracked ups and downs in maternal depression as related to the frequency of symptoms among children.

“Even though our research was not set up to measure just how much a mom’s depression increased the frequency of her child’s symptoms, a clear pattern emerged in which the latter followed the earlier,” says senior researcher Kristin Riekert, Ph.D., a pediatric psychologist and co-director of the Johns Hopkins Adherence Research Center.

Even as maternal depression appeared to have worsened a child’s asthma, the opposite was not correct such as how often a child had symptoms did not seem to affect the mother’s depressive symptoms. This crucial finding suggests that maternal depression seems to be an independent risk factor that can signify a child’s symptoms.

Earlier researches have shown that children with chronic health conditions may perhaps fare worse if their primary caregiver is depressed. However, none seem to have teased out the precise interplay between the two.

Riekert further said that, “Intuitively, it may seem that we’re dealing with a chicken-egg situation, but our study suggests otherwise. The fact that mom’s depression was not affected by how often her child had symptoms really caught us off guard, but it also suggested which factor comes first.”

Researchers did not examine why and how a mother’s depression affects a child’s asthma status. However, since depression often involves fatigue, memory lapses and difficulty concentrating, it could possibly affect a parent’s ability to manage the child’s chronic condition. This may involve every day and sometimes complex, drug regimens and regular visits to the doctor.

“Mom is the one who must implement the doctor’s recommendations for treatment and follow-up, and if she is depressed she can’t do it well, so the child will suffer,” says lead researcher Michiko Otsuki, Ph.D., a behavioral medicine fellow at Johns Hopkins at the time of the study, now at the University of South Florida St. Petersburg.

Researchers were of the opinion that their findings may be able to prompt pediatricians who treat children with asthma to give close attention to the child’s primary caregiver. Additionally, pediatricians should screen and refer them for treatment if required.

“We ask these parents if they are smokers all the time, so maybe it’s time to start asking them if they are coping well emotionally. Doctors are trained to pick up on subtle clues, so if they see a red flag in mom, they should follow-up with a depression screener and referral if needed,” says co-investigator Arlene Butz, Sc.D., a pediatric asthma specialist at Johns Hopkins Children’s Center.

Treating depressed mothers whose children are at high-risk for asthma complications may potentially benefit both mother and child. Whereas, providing an apparent treatment appears to target in helping to decrease the burden of asthma in the United States.

The Hopkins research included only mothers but they considered a similar pattern to come forward in spite of of who the primary caregiver is. Researchers caution that the mothers in their research were noted to have been screened for depression with a standard questionnaire, which is a trustworthy detector of symptoms but not a firm diagnosis.

The research findings apparently came from a high-risk, inner-city population and thus cannot be statistically extended to other ethnic and socioeconomic groups. However researchers claimed that the effect of caregiver depression on a child’s asthma likely exceeds demographics.

The findings of the research have been published in the Journal of Pediatric Psychology.