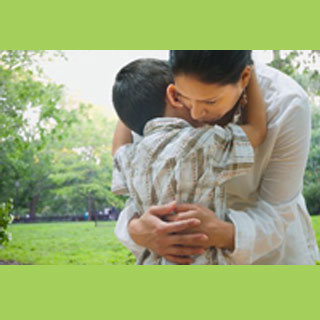 This news could provide vital insights about autism. A study which is a part of the NIMH Research Units on Pediatric Psycho pharmacology (RUPP) claims that treatment that comprises of medication in addition to a controlled training program for parents apparently decreases grave behavioral troubles in children suffering from autism and associated conditions.

The outcomes from an earlier RUPP study accounted in 2002 apparently exhibited that the antipsychotic medication risperidone supposedly decreased such behavior issues as tantrums, aggression and self-injury in children suffering from autism. Nevertheless, majority of the children’s symptoms apparently came back when the medication was stopped. Even though efficient, risperidone is claimed to be linked to unfavorable effects like weight gain, which could result in metabolic alterations, obesity and associated health issues.

NIMH Director Thomas R. Insel, commented, “Medication alone has been shown to help with some symptoms of autism, but its potential is limited. This study shows promise of a more effective treatment protocol that could improve life for children with autism and their families.”

In the study, the RUPP group supposedly examined the advantages of medication alone as opposed to medication and a parent training program that could keenly engage parents in controlling their children’s acutely disturbing and disobedient behavior. Parents were apparently trained to alter their children’s behavior and learned to improve their children’s every day living skills.

The 24-week, three-site trial supposedly comprised of about 124 children who were aged between 4 to 13 with pervasive developmental disorders (PDD) like autism, Asperger’s or connected disorders escorted by tantrums, aggression and self-injury. The children were allocated randomly to a grouping of risperidone and parent training or to risperidone only. Parents in combination therapy were apparently given an average of 11 sessions of training during the study.

Even though both groups supposedly were better over the six-month trial, the group who were give combination therapy seemed to exhibit superior drop in behavioral problems such as tantrums, irritability and impulsiveness as opposed to be group receiving medication only.

The combination therapy group apparently also finished the trial by consuming a standard dose of 1.98 milligrams per day of risperidone, as opposed to 2.26 mg/day in the medication-only group which is a 14-percent lesser dose.Nnevertheless, children in both groups put on weight, indicating a need to learn more about the metabolic consequences of medications like risperidone.

Lead author Michael Aman, Ph.D., of the Ohio State University, remarked, “The combination group was able to achieve its gains with a lower dose of medication. Plus, it appeared that the benefits of added behavioral treatment increased over time, a strong signal that actively including parents in the treatment of children with PDD could only benefit families. Future studies will evaluate whether the benefits of parent training endure over a long period of time.”

The investigators apparently also intend to use the parent training to younger children with PDD to avert the development of grave behavioral issues. Upcoming studies may also search for means in which the parent training program could be applied in schools and community clinics.

This study was published in the Journal of the American Academy of Child and Adolescent Psychiatry.

Zen meditation helps mind to quickly come out of the distraction