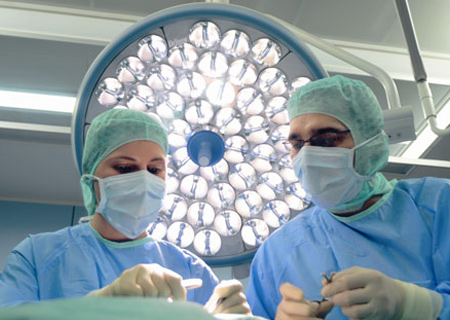 To facilitate surgeons to operate most effectively, hospitals need a neutral white light that lights up depths, casts almost no shadows, is user-friendly and clean, and could be tailored to upcoming LED technologies, not just in the operating room, but also in emergency and multifunction rooms. These criterions could now be met by using the new Drager Polaris family of light systems.

The smaller LEDs of the Polaris system are claimed to be significantly more energy-efficient as opposed to the conventional light sources. An LED light source apparently has a lifetime of about 30,000 hours, while the existence of a traditional light source is said to be 1,000 hours. The minor quantity of lost heat from the LEDs is alleged to be allotted through the top of the housing.

The diverse Polaris models could be differentiated by their lighting capacity. They may be applied as an individual OR light or as a satellite in multiple-light systems, and can also come with a built-in camera.

The 108 light-emitting diodes of the Polaris i.e. the 700 model apparently distribute light with a color temperature of 4,600 Kelvin. ‘Cold light’ is supposedly triggered by means of a phosphor layer on the semiconductor and focused by means of an optical system. The LEDs are said to be fixed in the reflectors in pairs.

The single light paths from a light cylinder seems to have a lighting depth of about 1,100 millimeters and a capricious diameter of about 220 to 290 millimeters. This apparently assures that the light of every LED could be focused on the OR field and that numerous surgeons could work simultaneously on the OR field without evidently decreasing the brightness.

The utilization of the new Dräger Polaris could yield better results while operating due to enhanced lighting systems.