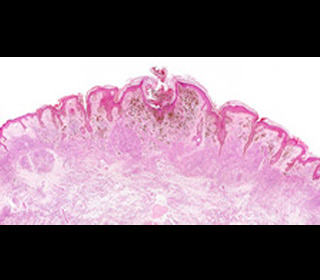 Researchers at Ben-Gurion University of the Negev are believed to be developing a latest device that detects cancerous skin tumors and melanoma that are not noticeable to the naked eye.

According to the American Cancer Society, more than 1 million cases of skin cancer are diagnosed every year in the United States. Melanoma is known to be the most severe type of skin cancer.

Dermatologists and plastic surgeons typically are known to diagnose skin tumors by their appearance with the naked eye. Supposedly, they only rarely make use of a dermatoscope. Dermatoscope seems to be a magnifying tool that allows tumors to be examined in detail.

During first testing, the OSPI instrument (Optical Spectro-Polarimetric Imaging) seems to have shown new textures of lesions that have never been seen before. Moreover, it appeared to have revealed melanoma in patients who were diagnosed with various skin lesions and were awaiting surgery for their removal.

In addition, the instrument was noted to have diagnosed nearly 73 types of lesions, some of them cancerous. The OSPI biosensor appears to use safe, infrared wavelengths and LC devices to measure tumor characteristics as well as contours and spread.

“This is an exciting preliminary development since the initial testing shows that we can now identify microscopic tumors in the biological layers of the skin,” explains lead researcher, Prof. Ibrahim Abdulhalim, head of the BGU Electro-Optical Unit in the Faculty of Engineering Sciences.

He continued saying that, “As we continue to develop the OSPI, we also see an opportunity to use this technology for detecting other types of cancerous growths.”

Cancerous mole detection is usually done by inspecting for one or more revealing visible symptoms. These symptoms may include if the mole is asymmetrical or if its outline is blurred or irregular, also whether it has multiple colors. In addition to, if it is larger than five millimeters in diameter and if it stands up above the skin.

It was estimated that melanoma will account for about 8,650 of the 11,590 deaths due to skin cancer in 2009. Furthermore, Israel has seen an increase in skin cancer cases in recent years. According to the Health Ministry, one out of every 39 men and one of every 50 women in Israel will suffer from melanoma in their lifetime.