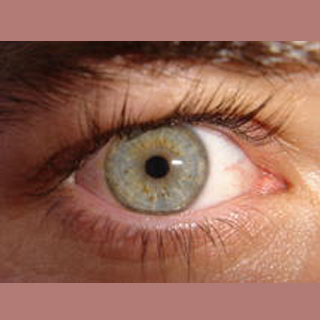 Here is an interesting piece of news regarding OTC eye drops. A research from Oxford University claims that the application of antibiotic eye drops for conjunctivitis has supposedly augmented by nearly half since they became accessible over the counter at chemists in 2005. This is regardless of the information that proof from clinical trials from around the same time demonstrated that the eye drops seemed to have negligible advantage.

The findings appeared to have connotations for additional decisions on over-the-counter (OTC) availability of antibiotics, as it is apparently an extensively accepted precedence to decrease antibiotic use considerably to restrict bacteria obtaining resistance to the drugs.

Dr. Peter Rose of the University of Oxford, who led the research, commented, “It’s very important that antibiotics aren’t used where they’re not needed. We’ve shown that selling eye drops over the counter for conjunctivitis has resulted in greater use at the same time as the evidence showed they have little benefit.”

In June 2005, the Medicines and Healthcare Products Regulatory Agency (MHRA) proclaimed that it was reclassifying chloramphenicol eye drops for the treatment of acute bacterial conjunctivitis so that they could be available at pharmacies as opposed to requiring a prescription from a doctor. This was part of a move to apparently widen access to harmless and effectual treatments.

Simultaneously in summer 2005, three separate clinical trials counting one by the Oxford Group were published that apparently evaluated the use of antibiotic eye drops against placebo for treating conjunctivitis. The agreement of these outcomes in both children and adults was that the eye drops did not do much to speed resolution of the conjunctivitis in most of the cases. Around 80% of cases of conjunctivitis supposedly recover by themselves.

Subsequent to the outcomes of these trials, the amount of prescriptions for eye drops made by GPs had slowly decreased, but this seemed to be more than compensated by the boost in sales by pharmacists.

The Oxford University scientists in the Department of Primary Health Care apparently acquired monthly figures on chloramphenicol eye drop prescriptions issued by GPs in England between 2004 and 2007 from a nationwide database that accesses all NHS prescriptions. They also supposedly utilized figures from IMS Health for the amount of packs of chloramphenicol sold to pharmacies between January 2005 and December 2007.

The Chief Medical Officer Liam Donaldson has apparently declared that no more antibiotics ought to be made accessible at the chemist.

Dr Rose mentioned that as pharmacists become more involved in primary health care, they have a duty here to be fully informed and counsel patients appropriately.

The findings were published in the British Journal of General Practice.