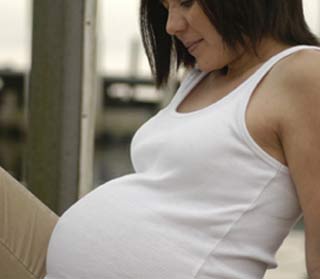 Issues related to weight of women during and prior to pregnancy seem to be discussed often these days. Now, a study by scientists at the Queen Mary University of London has shown that dieting during pregnancy could be safe.

Almost 7,000 women spanning across 44 separate studies were included in the study. The team examined the effects of dieting or exercise or a combination of both on the weight of pregnant women. According to the results, both the methods seemed to work significantly in terms of weight loss. However, diet apparently had the greatest effect with subjects losing nearly 4kgs. Exercise appeared to result in just about 0.7kg of weight loss, while the combination of both yielded about 1kg loss in the participants.

“What we don’t know is why diet should be so much better than exercise in controlling weight gain. It could be that it is simpler and easier for women to stick to. It may also be that eating a high-fibre diet has other positive health effects for a pregnant woman,” commented Dr Shakila Thangaratinam, a Clinical Senior Lecturer

Obesity during pregnancy is associated with a wide range of complications like birth defects and even psychiatric issues. However, the exact mechanism by which dieting helped pregnant women is not clear, though the team has speculated on a few causes. They believed that the beneficial effect could be because women find it easy to adhere to a nutritious diet, especially that which is rich in fiber.

Reported in BMJ, the findings showed that a healthy diet during pregnancy may reduce weight gain due to pregnancy.

Practical tips on eating habits as per Ayurveda