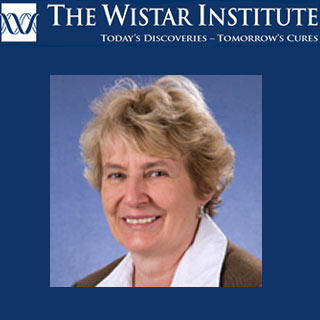 Just a few days back we had reported about proteins present in lung cancer cells that could offer possible drug targets. Now a new study appears to show the identification of immune system markers in the blood that could indicate early-stage lung tumors. Put forth by Wistar Institute scientists and collaborators from the University of Pennsylvania and New York University, this new finding may make detection of lung cancer in early stages possible through a simple blood test.

The Wistar-led team shares that the genetic patterns could attest the presence of lung tumors in the earlier stages. This should increase the chances of success in the treatment.

Gene expression characteristics in blood samples from over 200 patients with lung cancer or other, non-malignant, lung diseases were analyzed by Louise C. Showe, Ph.D., and Michael K. Showe Ph.D, the lead author on the Cancer publication.The investigators centered their attention upon non-small cell lung cancer (NSCLC), and smokers and ex-smokers who appeared to be at a larger risk. They then ascertained if lung tumors even in early stages could possibly leave a gene expression signature in circulating blood cells.

Recent studies appear to have revealed that an immune system response may be detected in the blood in late stage cancers. This could include information on responsiveness to therapy or display of markers associated with prognosis. Peripheral blood was drawn from lung disease patients at the University of Pennsylvania Medical Center (Penn) and the New York University School of Medicine from 2003 through 2007 as part of the study. At Wistar, the gene expression patterns present in the samples were then examined.

On delving further, the team claimed to have identified a 29-gene ‘signature’ that appeared to distinguish 137 patients with NSCLC tumors from 91 patient controls who had non-malignant lung conditions. The accuracy level was supposedly around 86%. In the patients with malignant tumors, certain alterations seemed to have been found in the immune cells that typically fight tumors. This separated them from patients who apparently had other lung diseases like chronic obstructive pulmonary disease or emphysema and patients with benign lung nodules.

13 of the samples apparently exhibited a lowering or complete disappearance of the tumor gene signature that was present in the pre-surgery samples after tumor removal. This was seemingly true for 18 NSCLC patients who had peripheral blood drawn prior to surgery and again two to five months after their tumors were surgically removed. This suggests the communication of tumor presence to the peripheral immune system. It also appears to demonstrate that the signal could be uncovered in the gene expression patterns in peripheral blood.

“People routinely get blood taken at their doctor’s offices, for cholesterol levels, diabetes, and other standard tests, so why not utilize this method to screen for other conditions such as the risk of developing lung cancer?” mentions Louise Showe, a professor in Wistar’s Molecular and Cellular Oncology and Immunology programs and director of its genomics facility. “Such a test could be especially useful for remote areas where typically technologies that are used in urban centers are not available. In addition, this test could be useful in a clinical setting to help to decide whether a small tumor detected on an x-ray is likely to be malignant.”

Currently one of the most effective treatments for NSCLC is said to be early diagnosis followed by surgery. Likelihood of survival could be highly augmented if cancer is detected in its initial stages share the experts. Lung cancer identification however does not appear to include any simple and accurate screening test as of now. The team hopes to use these findings as a basis for building a rather simple screening test for lung cancer.

Currently they are working to developing an easier method for collection and processing of blood samples for analysis. Besides, the clinical collaborators are also garnering follow-up data from patients that they intend to utilize for analysis of the data for signatures of recurrence and/or response to therapy. Additional analyses to further explore exactly what modifications could occur in peripheral immune system post tumor removal are also being conducted.