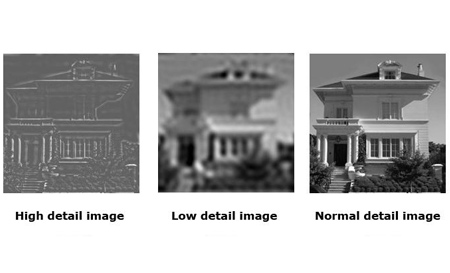 Body dysmorphic disorder or BDD, a severe mental illness may be characterized by debilitating misperceptions that one appears disfigured and ugly. A recent study by UCLA suggests that BDD patients process visual information abnormally, even when looking at inanimate objects. They probably have less brain activity when processing holistic visual elements that provide the ‘big picture,’ regardless of whether that picture is a face or an object.

At the time of the study, 14 BDD patients, both men and women were compared with 14 healthy controls. Scientists used fMRI scan to track the brain activity while subjects viewed digital photographs of houses. These images were either unaltered or altered in ways to parse out different elements of visual processing. One altered set of images included very fine details, like the shingles on the roof, and the other altered images had very little details as it just showed things ‘holistically,’ like the general shape of the house and the doors and windows.

“The study suggests that BDD patients have general abnormalities in visual processing. But we haven’t yet determined whether abnormal visual processing contributes as a cause to developing BDD or is the effect of having BDD. So it’s the chicken-or-the-egg phenomenon,” said lead author Dr. Jamie Feusner, a UCLA assistant professor of psychiatry. “Many psychological researchers have long believed that people with body-image problems such as eating disorders only have distorted thoughts about their appearance, rather than having problems in the visual cortex, which precedes conscious thought. This study, along with our previous ones, shows that people with BDD have imbalances in the way they see details versus the big picture when viewing themselves, others and even inanimate objects.”

Experts observed that the BDD patients had abnormal brain activation patterns when looking at pictures of the less-detailed houses. Regions of their brains that process these visual elements allegedly were less activated than the healthy controls. The more severe their BDD symptoms, the lower the brain activity in the areas responsible for processing the image holistically appeared. It was suggested that individuals suffering from BDD fixate on minute details, such as a single blemish or a slight crook to the nose, rather than viewing their face as a whole.

The study is published in the current online edition of the journal Psychological Medicine.