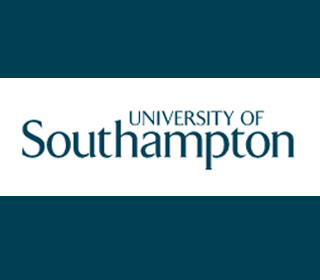 The way people live apparently affects the length of their bodies and also lives. After 30 years of research, scientists have now found that height is linked with longevity. This relation appeared between nutrition and economic development in Europe and North America since the early-1700s.

The changing size, shape and capability of the human body were supposedly connected with economic and demographic change. Investigators found that 200 years ago there were substantial differences in height between working-class and upper-class people. So in nineteenth-century Europe, there may have been considerable differences between the heights of poor London boys and boys attending the Royal Military Academy at Sandhurst, between army recruits. These variations possibly occurred not only in students attending the École Polytechnique in France, but also between the sons of ‘elite’ families and those who grew up within unskilled manual households in the Netherlands as well.

During the 1780s, the average height of a 14-year-old working-class child allegedly was 1.3m, while an upper class child was 1.55m. In spite of the universal availability of health services, nutrition, sanitation and education, today upper-class children have continued to grow taller. The rate of height growth may continue remaining slow in those belonging to the working-class. It was highlighted that the difference between the upper- and working-class adults has reportedly narrowed to less than 0.06m.

“Our work shows that there have been dramatic changes in child health (as reflected in achieved adult height) over the last 100 years, and other researchers have highlighted the existence of close links between improvements in child health and health in later life. These changes have profound implications for developments in later-life health, longevity and economic performance over the coming century. The investments we make in the health of today’s children can play a pivotal role in determining the economic wellbeing of future generations,” quoted Professor Bernard Harris from the University of Southampton.

In the current research, scientists focused on analyzing the developments in height, health and mortality within Britain and Continental Europe. Also the possible alterations in height and health in different countries were described, studied and explained. All through the research, experts put forth the way changes can affect patterns of human development in the future. Regional variation also appeared vital.

Some two centuries ago, people in Scotland presumably were 2.3cm taller than those living in southern England. Norwegians, on the other hand, seemed to be among the shortest nations in Europe. At present, the Scottish, averaging 1.73m for an adult male, allegedly are shorter than those living in south-east England at 1.75m, while the Norwegians are the second tallest nation in Europe, surpassed only by the Dutch. Improvements in diet and sanitation within the South-east may have led to betterment in Scotland.

The research is published in the book ‘The Changing Body.’