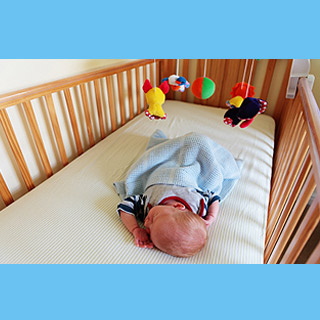 It is known that positioning babies on their backs for sleep could cut down the risk of Sudden Infant Death Syndrome (SIDS). Pertaining to the above topic, a study from Yale School of Medicine claims that while the practice apparently aided in decreasing the frequency of SIDS, it has apparently slowed down from the time the guidelines were launched by the National Institute of Child Health and Human Development.

This study is based on the data from the National Infant Sleep Position Study, a yearly telephone survey of roughly 1,000 families with babies. The study team supposedly followed the behavior alteration subsequent to the ‘Back to Sleep’ campaign which had kicked off in 1994. The study was supposedly performed as a means to trail infant care practices linked to SIDS.

Lead author Eve Colson, M.D., associate professor of pediatrics at Yale School of Medicine, commented, “We looked at the behavior of 15,000 caregivers over the last 15 years and found that, although there was an increase in caregivers following the guidelines, in the last five years, the number of people putting babies on their back to sleep has leveled off. We also found that African Americans still lag behind caregivers of other races by about 20 percent in following this practice.”

Colson and her team supposedly also recognized roughly three chief factors associated to whether caregivers place babies on their backs to sleep, whether the caregiver was given the recommendation from the physician to position the infant only on the back for sleep or dread that the baby might suffocate and have apprehensions about the infant’s comfort.

Colson remarked, “If we can teach people that comfort and choking are not issues and if we can make sure that doctors advise their patients that the back is the only safe position for infant sleep, then we may be able to overcome this leveling-off of the practice that we have seen over the last five years.”

She also mentioned that for the first time, they have identified modifiable factors i.e. comfort, choking and advice, that can be used in public health campaigns to decrease the incidence of SIDS and possibly to bridge the racial gap.

In the past five years, these factors have apparently become even more significant than finding out whether parents abide by the recommended guidelines.

Gene discovery hints that cancer medication may even treat alcoholism