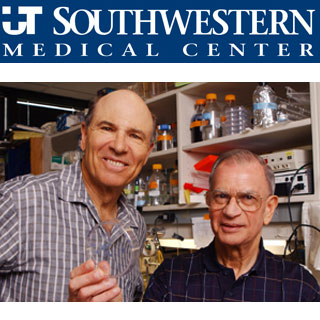 Scientists from the Harold C. Simmons Comprehensive Cancer Center at UT Southwestern Medical Center in collaboration with experts from the Cancer Genome Project in the United Kingdom claim to have used DNA sequencing to assault lung cancer. Armed with next-generation DNA sequencing technology, the experts claim to have acquired into the functions of over 60 carcinogens linked to cigarette smoke.

These carcinogens associated with cigarette smoke are known to chemically alter and bind to human DNA. They may eventually lead to genetic mutations that could cause cancer. As part of the new study, the scientists ascertained the complete genetic sequence of cancer cells from a patient with small-cell lung cancer (SCLC). The results were then pitted against the same individual’s normal DNA that was isolated.

With the help of novel DNA sequencing technology dubbed ‘massively parallel sequencing’, the investigators looked for differences in the DNA sequences of tumor and normal cells. Astonishingly, they seem to have discovered over 23,000 mutations gained by the tumor cells. They also found a new gene called CHD7 that may play a role in lung cancer.

The mutation numbers from the analysis reveal a person to develop a single mutation for every 15 cigarettes smoked. This was suggested by Dr. John Minna, director of the Nancy B. and Jake L. Hamon Center for Therapeutic Oncology Research at UT Southwestern and one of the authors of the new study.

These results may highlight the power of enhanced technology to offer essential and new information about human cancer share the scientists. It includes insights into the possible effects of cancer-causing chemicals on the body as well as the recognition of potential new therapeutic targets.

“Cancer is driven by acquired mutations in genes, and we are at a point where it soon will be possible to actually know every mutation in the tumors of each of our patients,” Dr. Minna mentioned “The key will be to use this information to find new ways to help prevent cancers, diagnose them earlier and to select treatments that might be specific for each patient’s tumor. While these findings are the first step, they have lighted our path to clearly point us in the right direction. In addition, they provide the first detailed analysis of a human cancer – lung cancer – that is closely linked to smoking.”

The SCLC cells and normal cells for the analysis were provided by Dr. Minna and Dr. Adi Gazdar, professor of pathology in the Hamon Center at UT Southwestern. Designated NCI-H209 and NCI-BL209 respectively, the SCLC and normal cells used in the study were established from a patient Drs. Minna and Gazdar claim to have treated 30 years ago.

Distinctive patterns were observed by the authors when they examined the 23,000 mutations. These patterns seem to have been linked to a cocktail of carcinogens existing in cigarette smoke. From the DNA sequence of the cancer cells, the experts found that the cells seem to have made an attempt to repair their smoked-damaged DNA. Though they had been only partially successful, for this, the cells appeared to have used two mechanisms.

“By applying the same approach to other cancers not associated with cigarette smoking, including the very large group of people who develop lung cancer but have never smoked, it may be possible to discern which carcinogens play a role in those other cancers as well,” Dr. Gazdar further revealed.

“The data demonstrate the power of whole-genome sequencing to untangle the complex mutational signatures found in cancers induced by cigarette smoke,” Dr. Minna added. “In addition, the protein product of the CHD7 gene now becomes a new marker for early diagnosis and also for potentially targeted therapy.”

Claimed to be one of the leading cause of cancer-related death across the globe, lung cancer is known to be developing in more than a million patients annually. Apparently individuals who smoke are about 10 to 20 times more likely to get lung cancer or die from lung cancer as against those who do not smoke. Cigarette smoke is believed to deposit hundreds of chemicals into the airways and lungs. The risk of developing lung cancer and mutations seems to be higher if one smokes longer and more cigarettes each day.

The new study available online and in a future issue of the journal Nature.