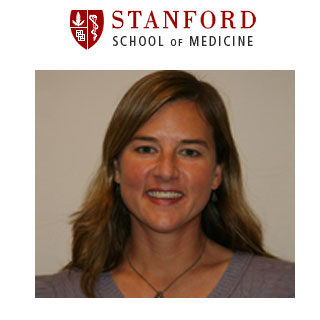 Who doesn’t enjoy catching up the latest flicks on TV lazing around with a bag of popcorn on the couch? Well, while a little bit of leisure is fun, if this becomes a practice particularly for those already overweight it may further help them pile on weight.

A new study by experts at the Stanford University School of Medicine suggests that less TV time may aid overweight adults shed off that excess flab. Yes, adults could burn more calories and stave off weight gain by just reducing the amount of time they spend watching television.

The novel study discovered that overweight individuals who cut on their television time to half were seemingly more active and resultantly burnt more calories. The experts examined how reducing television watching may affect calories eaten along with energy used and body weight in obese and overweight adults. It could also influence the time spent sleeping and the balance between calorie ingestion and activity.

“Taking away time spent in front of the television has the potential to improve a person’s activity levels,” commented Jennifer Otten, PhD, postdoctoral scholar at the Stanford Prevention Research Center and lead author of the study, conducted at the University of Vermont.

It is known that American adults on an average watch at least five hours of television a day. It is claimed to be the third most time-consuming activity in our lives following sleep and work. In comparison to other leisure activities like reading, writing, telephone conversations and desk work, watching TV seems to expend fewer calories. Otten suggests that the larger the time spent in front of the TV, the higher is the likelihood of them suffering from diabetes, obesity and cardiovascular disease.

To better understand this criterion, the investigators observed 36 adults who weighed above the healthy range and who claimed to watch an average of five hours of TV everyday. Upon three weeks of follow-up, the experts limited half of the participants to about 50 percent less TV for three additional weeks. This was done with the help of monitors that controlled the screen time of these individuals. During the last week of each three week period, the subjects were given activity-monitoring armbands while they also kept sleep logs and answered phone surveys about their diet.

Apparently, the group that was instructed to halve their television did not seem to have changed their calorie intake but interestingly appeared to have burned 120 more calories a day on average. This seems to have generated a trend of negative energy balance.

“The energy burned is equivalent to walking more than a mile,” mentioned Otten. “We don’t know if these short-term changes will translate, but the results may be similar in a longer term study and could prevent weight gain.”

Identical to this study, the results from television reduction studies in children appeared to have comparable effects on energy balance even though it was attained through different means. Short-term study results seem to have been consistent in children. In longer studies, the scientists discovered that instead of increasing the activity, the food intake of children lowered and they appeared to have lost weight.

This difference could be due to children’s diets being less rigid. They show higher chances of being prone to advertisement-induced cravings or they are generally less inactive observed Otten.

The study is published in the Dec. 14 Archives of Internal Medicine.