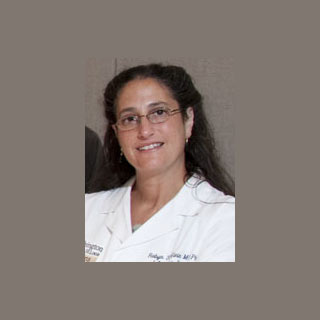 The researchers at Washington University School of Medicine in St. Louis found that a protein which helps build the brain in infants and children may aid efforts to restore damage from multiple sclerosis and other neuro – degenerative diseases. In a mouse model of MS researchers identified that the protein CXCR4 repairs myelin which is a protective cover that encloses the nerve cell branches.

Mouse models imitate MS symptoms by bringing about chronic immune cell infiltration in the brain. According to Klein cells that cause a continuous immune damage makes it difficult for researchers to highlight actions undertaken by the brain to repair myelin. Myelin is damaged by MS and other disorders and this damage is linked to loss of the loss of branches within the myelin.

“In MS patients, myelin repair occurs inconsistently for reasons that aren’t clear. Understanding the nature of that problem is a priority because when myelin isn’t repaired, the chances that an MS flare-up will inflict lasting harm seem to increase,” says senior author Robyn Klein, MD, PhD, associate professor of medicine and of neurobiology.

Researchers used a non-inflammatory model which involves giving mice food containing cuprizone which is a compound that causes death of cells which form myelin in the central nervous system. After 6 weeks researchers observed that these cells, known as oligodendrocytes, were dead and that corpus callosum, a structure that connects the left and right hemispheres of the brain, had lost its myelin. If cuprizone is removed form the mouse diet, new cells drift to the area which reinforces myelin by becoming mature oligodendrocytes.

Klein’s analyses began with the method stimulated by dying oligodendrocytes. During this the mice were still on the cuprizone diet and the dying cells reviewed other support cells in the brain. This caused them to express inflammatory factors. Klein revealed that levels of a receptor for inflammatory factors, CXCR4 was at its highest at the sixth week. Researchers continued feeding the mice cuprizone for 12 weeks due to which levels of inflammatory factor and its receptor would drop drastically. At 12 weeks the mice were unable to restore myelin and this revealed a potential connection between myelin repair and CXCR4.

“This was a surprise, because the main thing CXCR4 has been known for is its role in forming the brain, not healing the brain,” Klein says. “But we did know that injury increases the number of brain cells that make CXCR4, so it wasn’t an unreasonable place to look.”

Klein suggests that neural precursor cells destined to become oligodendrocytes also repaired myelin damage. These cells have high levels of the CXCR4 and they come up to the corpus callosum from an area below the ventricles. This non cellular area is filled with cerebrospinal fluid.

“Apparently the neural precursor cells have to stop proliferating before they can migrate, and CXCR4 plays a role in this change,” Klein says. “CXCR4 also seems to be essential to the cells’ ability to develop into mature oligodendrocytes and form myelin.”

The mice were unable to update myelin and it was because the researchers blocked CXCR4 from becoming propelled. The cells ability to make CXCR4 was lowered and neural precursor cells remained in the ventricle and grew in number. It was observed that they did not move to the corpus callosum in order to begin repairs.

“We do not yet know if this myelin repair pathway is somehow damaged or impaired in MS patients,” Klein says. “But I like the idea of turning on something that the brain already knows how to make by itself, allowing it to heal itself with its own molecules.”

Klein plans to see if she may restore myelin repair particularly in genetically engineered mouse models of MS it was observed that it should have genetically altered lent virus which extends levels of an inflammatory factor. This factor activates CXCR4 and she further says that she will work with Washington University colleagues to evaluate the new model. This would be done with advanced imaging techniques and is an attempt to further clarify the relationship between loss of nerve cell branches and myelin damage in MS.

These findings appear online in The Proceedings of the National Academy of Sciences.