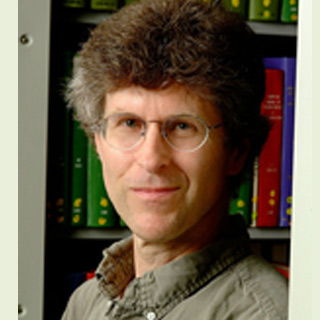 We faintly remember a report talking of a chemical switch playing a role in ovarian cancer. Now, according to a research conducted by scientists from the Stanford University School of Medicine, severe and aggressive ovarian cancers apparently comprise a mixture of 2 adjacent and separate genes .

This revelation is crucial because it may eventually pave the path for the development of a screening test to detect acute ovarian cancer. Also, the protein product of the cocktail could be used as a target for medications in the future.

The protein product of these fusions is deemed to contribute to the growth of cancer and is specific to the cancerous cell. Scientists believe that they may also be present in normal blood which is touted to be used as a blood marker with increased sensitivity.

Initial studies have put forth that to cut mortality, the size of cancers ought to be like a peppercorn. This measure is apparently 200 folds smaller than tumors detected by the present methods. It has also been found, that these tumors take nearly 4 years to metastasize and become lethal.

Extending this analysis, the team aimed to locate tumor-specific recurrent biomarkers in 67 tumor specimens. They minutely observed gene fusions as they are easily identifiable if the protein product flows in blood. To attain this objective, they were dependent on the latest sequencing technology to read the RNA messages that transfer the protein-making guidelines from the DNA to the cell’s mechanism.

The scientists used a method called deep paired-end sequencing to catalogue all the RNA in a set of 12 tumors and looked for abnormal combinations that are not found in normal tissues. They unraveled many gene fusions but the one that interested them possessed a protein namely estrogen-related receptor alpha (ESRRA).

In this newly spotted mixture, a part of ESRRA’s DNA-binding region is bonded to the boundary of an adjacent protein of unknown function known as C11orf20. As the investigators pooled the tumors, it allowed them to recognize which of the fusion incidences took place in more than one tumor prototype. A closer scrutiny of individual tumors revealed the presence of the ESRRA-C11orf20 fusion in 10 patient samples out of the 67 which accounts to nearly 15%. They also found that the gene fusion was seemingly an outcome of a chromosome rearrangement process in the cancer cells.

This fusion supposedly signals the advent of cancer. The researchers believe that it could be used as a biomarker for detecting cancer before it reaches the clinical stage. The team is basically concentrating on the protein-product and whether it can be located in flowing blood which will help recognition in asymptomatic women.

The research is published in PLoS Biology.