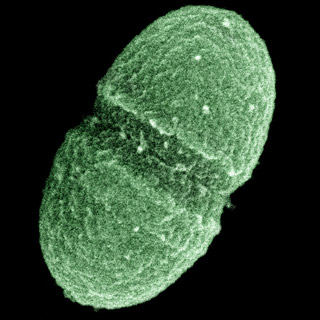 Micro organisms can be found in or on human body, some prove to be useful while some may be harmful. A latest analysis conducted as part of the Human Microbiome Project (HMP), Washington University School of Medicine in St. Louis apparently decoded the genomes of 178 microbes from the human body. Claiming to have identified previously unknown genes and proteins, the scientists determined that they play an important role in human health and disease.

The scientists seem to have identified 178 microbial genomes; this explains that probably there are almost 900 microbial genomes of bacteria, viruses and fungi. Samples from 18 areas of the body, including the digestive tract, mouth, skin, nose and vagina were collected from healthy individuals.

George Weinstock PhD, associate director of Washington University’s Genome Center and a professor of genetics and microbiology and co-author, enlightened, “These genomes are enormously useful because they allow scientists to trace the origin of short stretches of DNA to specific microbes, so now we can begin to see how particular collections of microbes influence health and disease. But we have a long journey ahead of us – there are thousands of organisms in the microbiome and our goal is to produce a complete genome sequence for each one of them.”

To understand the functions of these genomes and proteins, the investigators undertook a preliminary survey and analyzed the microbial diversity present in the HMP reference collection. They seemed to have identified the genomes and proteins that were apparently unknown.

Francis S. Collins, MD, PhD, director of the National Institutes of Health commented, “This initial work lays the foundation for this ambitious project and is critical for understanding the role that the microbiome plays in human health and disease. We are only at the very beginning of a fascinating voyage that will transform how we diagnose, treat and ultimately, prevent many health conditions.”

The scientists claim that understanding the various gnomes and proteins and their functions, may help to determine the cause of various health issues. Also, medications for the same may be developed.

The study is published in the May 21 issues of the journal Science.