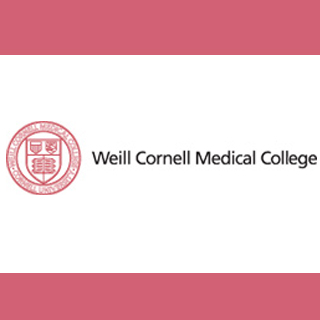 Some people have doubted the credibility of experiments performed in laboratory animals like mice, wondering if the outcome of those researches could be applied to humans as well. Well, a new study from Weill Cornell has claimed that they have apparently recognized a modification to the DNA of a gene that seems to convey comparable anxiety-related behavior in both humans and mice, thereby illustrating that laboratory animals may be precisely utilized to learn about human behaviors.

The results could aid study authors to create novel clinical approaches to treat humans with anxiety disorders like phobias and post-traumatic stress disorder (PTSD). The experts noted general behavioral reactions between humans and mice that appear to have a variation in the brain-derived neurotrophic factor (BDNF) gene. The mice were apparently hereditarily changed, signifying that they seemed to have a human genetic variation included in their genome.

To formulate their comparison, the experts paired a safe stimulus with an aversive one, which seems to bring out an anxious-like response called conditioned fear. Subsequent to fear learning, contact with various presentations of the safe stimulus alone, without the aversive stimulus, may usually result in the volunteers extinguishing this fear response. It means that a subject apparently ought to finally discontinue having an anxious response towards the safe stimulus.

Dr. Fatima Soliman, lead author of the study, who is currently a Tri-Institutional MD-PhD student, and has completed her Ph.D. in the labs of Drs. B.J. Casey and Francis S. Lee, commented, “But both the mice and humans found to have the alternation in the BDNF gene took significantly longer to ‘get over’ the innocuous stimuli and stop having a conditioned fear response.”

The study authors also conducted brain scans by means of functional magnetic resonance imaging (fMRI), on the human subjects, to observe if brain function was different between individuals having the irregular BDNF gene and those with standard BDNF genes. They discovered that a circuit in the brain concerning the frontal cortex and amygdale, in charge for studying about signals that indicate security and risk. This was apparently changed in people with the abnormality as opposed to control participants who were without the defect.

Therapists apply exposure therapy, a kind of behavior therapy in which the patient tackles a dreaded circumstance, thing, thought, or memory to treat people who undergo stress and anxiety owing to specific conditions. Occasionally, exposure therapy seems to entail reliving a traumatic experience in a restricted, therapeutic setting and is said to be based on values of extinction learning. The objective is to apparently decrease the anguish, physical or emotional, experienced in conditions that appear to set off negative emotion. Exposure therapy is believed to be frequently used for the treatment of anxiety, phobias and PTSD.

The study was published in the Journal Science.