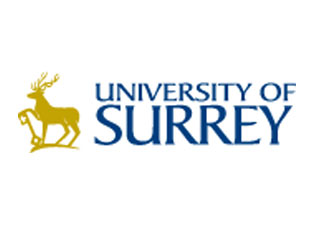 A new study by scientists at the University of Surrey claims that the complicated chain of metabolic events in bacteria seemingly leading to fatal diseases like TB could be better understood through road mapping. The experts believe that mathematical models could hold the key to curing such diseases.

The scientists associated with the study reveal that using this new ‘systems biology’ approach may help them gain an enhanced understanding of the metabolic changes that could be occurring in the bacterium mycobacterium tuberculosis. The alterations may probably be enabling their dormant survival in host cells for decades.

Equipped with a more complete knowledge of these alterations could allow the development of new drugs. The drugs should help against such ‘persistent’ bacterial cells which the scientists apparently hope will help revolutionize TB control. The assumption that a single gene could be primarily responsible for a single function seems to have been the classic approach to understanding biological functions in mammals and microbes alike. It supposedly can be inhibited by simply blocking the gene.

Though the gene-centric approach appears to have led to major breakthroughs in understanding cellular processes, it seems to be less useful in comprehending complex functions like metabolism. In this instance, blocking a single gene may not impair function as other genes in the network could be capable of compensating in order to maintain that function.

It appears to suggest it to be more realistic to assume that many genes may have the likelihood of having minor roles in any number of functional pathways. As per Professor Johnjoe McFadden, who works on TB at the University of Surrey, metabolic pathways in cells could be likened to Britain’s road network.

“For example, we may identify a particular road, say the A45, that takes goods from Birmingham to Coventry and call it the BtoC road – or BtoC gene,” he mentioned. “Blocking the A45 might be expected to prevent goods from Birmingham reaching Coventry. But of course it doesn’t because there are lots of other ways for the goods to get through. In truth, the ‘road’ (or gene) from BtoC isn’t just the A45, but includes all those other routes.”

A mathematical model of a cell could be a good starting point to examine functional pathways. Instead of focusing on key control points, it could particularly consider the system properties of the whole network. Professor McFadden elucidates that microbes seem to be well suited to this systems-level approach as they are believed to have fewer genes to interact with each other making computational modelling simpler.

He adds, “Also, unlike multicellular organisms, microbes are able to precisely control their growth. This ‘steady-state growth’ is an important assumption that mathematical models are based on.”

The article is published in the February issue of Microbiology Today.