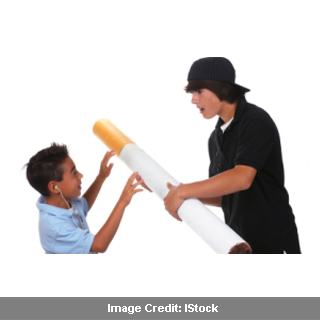 Numerous studies have exhibited that smoking may be triggered by various environmental and social factors. But did you know that shifting base to Canada may foster smoking among young immigrants? At least this is what a study from University of Montreal claims.

A new study has apparently discovered that as time passes, immigrant children from multiethnic, deprived, inner-city neighborhoods may have 3.5 more chances to smoke. These findings may be quite imperative as an approximate 45,000 school-aged children immigrate to Canada with their parents every year.

Dr. O’Loughlin mentioned, “With each passing year in Canada, young immigrant children are at an increased risk for smoking. Communities where immigrant families chose to live may have an impact on whether their children smoke. Scientists need to better understand the acculturation of immigrant children and develop intervention programs to prevent unhealthy behaviors such as smoking among these kids.”

Dr. O’Loughlin, who partnered with McGill University colleagues, examined roughly 1,959 Montreal children aged 9 to 12 years old. Among subjects it was seen that around 23 percent were Canadian born, about 42 percent appeared to have one parent born outside Canada and approximately 35 percent seemed to be immigrants born in a different country.

The study was published in the Journal of Adolescent Health.