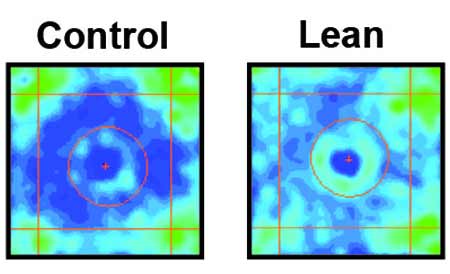 Further backing up the link between drug addiction and overeating, scientists from the Yale University have revealed that certain neurons in the brain which control appetite may also be associated with cocaine dependency and risk-taking behaviors. However, the correlation between binge eating and drug addiction is not direct as most may assume.

In the genetic research that was conducted, it was seen that increased appetite seemingly led to less desire for drugs. On the other hand, less inclination towards consuming food appeared to be related to cocaine consumption.

“We found that animals that have less interest in food are more interested in novelty-seeking behaviors and drugs like cocaine. This suggests that there may be individuals with increased drive of the reward circuitry, but who are still lean. This is a complex trait that arises from the activity of the basic feeding circuits during development, which then impacts the adult response to drugs and novelty in the environment,” remarked Tamas L. Horvath, the Jean and David W. Wallace Professor of Biomedical Research and chair of comparative medicine at Yale School of Medicine.

Reported in the journal, Nature Neuroscience, the findings showed that a highly activated reward circuitary does not necessarily mean obesity. However, it is important to note that people with low drives to consume food may be at high risk of drug addiction.

Basically, appetite controlling neurons are vital for brain development and shaping people’s cognitive behaviors. This study puts forth that both drug addiction and overeating, could be related to the human mind.