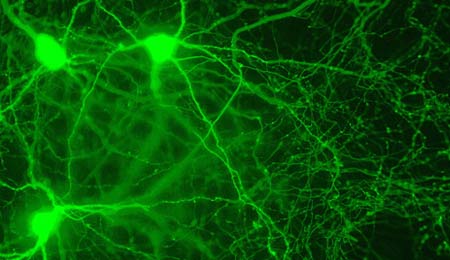 Overeating is suspected to be the prime culprit in metabolic disorders and obesity. In a trial conducted by scientists at the Yale University, a new molecular duo playing a principal role in regulating the proportion of food intake, body mass and energy metabolism has come forward.

This class of cells is prevalent in the nervous system and stems from the hypothalamus of the brain. The latter is generally responsible for controlling energy balances in the human body. These molecules known as melanin-concentrating hormone (MCH) neurons are being probed for their role in controlling food consumption and energy.

Initial trials have shown that lab animals tend to eat and sleep more as well as manifest less energy due to MCH. However, another group of neurons called the thyrotropin-releasing hormone (TRH) functions as a neurotransmitter. TRH molecules apparently decreased food intake and body weight along with increasing levels of physical activity.

“That these two types of neurons interact at the synaptic level gives us clues as to how the brain controls the amount of food we eat, and how much we sleep,” commented Anthony van den Pol, senior author and professor of neurosurgery at Yale School of Medicine.

In this research, the team found that TRH in mice supposedly restrained MCH cells by elevating inhibitory synaptic input. Contrarily, TRH did not appear to have any effect on other kinds of neurons playing a role in energy control.

Basically, the scientists suggested that both the aforesaid molecules acted contradictory to each other and thereby regulated food intake, body weight and energy. This analysis is published in the Journal of Neuroscience.