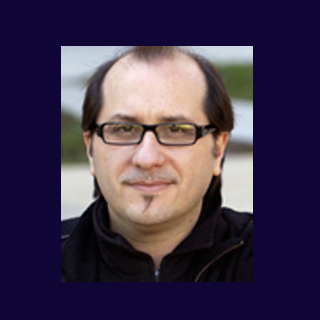 Discovering new promising ways to treat cancer effectively may help mankind as cancer is a life-threatening disease. UCSF scientists have apparently found that a chief cellular defect which upsets the generation of proteins in human could result in cancer.

As per the study team, this finding seems to have wide clinical implications in the battle against cancer and could affect treatment of lymphoma and several other types of the disease, counting prostate cancer, breast cancer, colorectal cancer, brain cancer and multiple myeloma.

The discovery was apparently made in the laboratory of UCSF faculty scientist Davide Ruggero, PhD, whose lab team is conducting study on how faults in protein synthesis could result in cancer susceptibility.

The study authors supposedly concentrated on a multi-protein unit called mTOR, which seems to represent the ‘mammalian target of rapamycin.’ It is said to adjust numerous significant processes in mammalian cells, counting cell survival and proliferation.

One of the most important processes is believed to be generation of proteins in a cell. Supposedly, mTOR incorporates information about the cell’s nutritional and energy requirements and seems to induce the cell to produce vital proteins for cell development. Cancer cells apparently use this indication for their own growth.

As per the experts, when the cells in the body appear to lose the capability to run mTOR activity, mTOR is believed to be ‘hyperactivated’. This hyperactivation may cause protein synthesis rates to escalate. Cells start to reproduce without limits and concurrently become everlasting, all of which seemingly results in tumor development.

Ruggero mentioned that the ‘dismal’ clinical outcomes observed with first generation mTOR inhibitor drugs such as rapamycin stemmed in part from the inadequate limit on unhealthy protein synthesis that is caused by hyperactivated mTOR.

Experts in his laboratory supposedly made this vital discovery via genetic tests that could reveal that healthy genes in charge of protein production may turn cancerous when mTOR is hyperactivated. To fight this, the scientists apparently used a new drug known as PP242.

Supposedly, PP242 tuned out to be more effectual as compared to similar drugs in its capability to jumpstart translational control in both live mice and human cells examined in the lab. PP242 is supposedly at present in Phase 1 clinical trials. The authors mentioned that PP242 could develop into a powerful cancer treatment.

The study was published in the Journal Cell.