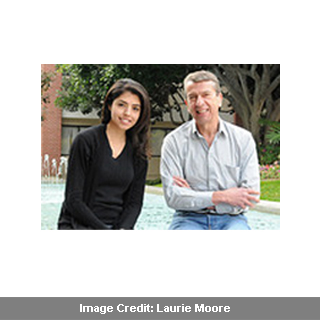 This study may provide some insights regarding the workings of memory. USC College’s Michel Baudry, professor of biological sciences had apparently spend around 30 years investigating the cellular mechanisms behind the learning and memory process, revealing the associations between the several proteins, enzymes and synapses.

Neuroscience graduate student Sohila Zadran tried a new imaging method that, on the first attempt, appeared to exhibit visual proof of the activation of calpain, a proteolytic enzyme imperative to the memory-making process. In 1973, University of Oslo scientists Timothy Bliss and Terje Lømo found that when neurons are said to be stirred in a particular way, the power of neuronal synaptic connections alters, a process they named as long term potentiation (LTP).

The current study team concentrated on the neurochemistry of LTP and they shortly comprehended that the attributes of LTP were supposedly just like the features of the learning and memory procedure. When a memory is made, the brain is believed to be altered lastingly since the process modifies the neuronal synapses. Similarly, LTP also seems to modify the associations between neurons. Since the two processes had the same result, Lynch and Baudry are of the opinion that LTP could probably be the cellular mechanism behind learning and memory.

Baudry and his study team had apparently been attempting to develop a way to envisage the generation of calpain and determine what is triggering it. One of Zadran’s preliminary forays into the study was to use a method known as fluorescence resonance energy transfer (FRET), which appears to use two fluorescent probes that seems to communicate in an another way depending on their distance. When calpain is kicked off in a neuron, a fluorescent signal is said to be generated.

Baudry and Zadran found that calpain is supposedly triggered by a protein named MAP kinase, which appears to adjust numerous kinds of cellular activities. MAP kinase itself, they also discovered, is believed to be set off by estrogen. Apparently, estrogen seems to kick off MAP kinase, which stimulates calpain. The subsequent step was apparently proving that calpain was associated with LTP. The issue that associates the two, they exposed could be a procedure known as actin polymerization, which is believed to be the development of actin filaments in the dendritic spine, where the synaptic contact occurs in the brain.

The study performed by Baudry, Zadran and their precursors could be relevant to a broad range of medical conditions counting cancer and Alzheimer’s disease. Study authors have assumed that the beginning of Alzheimer’s, principally in post-menopausal women, appears to result from lack of estrogen. Clinical trials concentrating on estrogen replacement therapy were believed to be mainly ineffective since the therapy caught up in a grouping of estrogen and the hormone progesterone, which seems to really negate estrogen advantages.

Present study seems to be concentrating on other ways to begin estrogen-mediated benefits without using estrogen itself, as use of estrogen alone may augment the danger of breast cancer. The study performed by Baudry and Zadran proposes that it could be likely to avoid the receptor level completely and trigger the MAP kinase, or hit upon other ways to enable calpain activation, and consequently improve the learning and memory process without the use of estrogen.

The findings were published in Proceedings of the National Academy of Sciences (PNAS) and the Journal of Neuroscience.