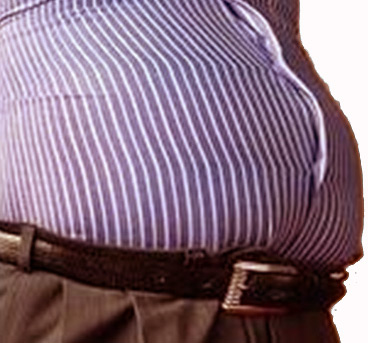 Researchers at the Lawson Health Research Institute in Canada have discovered that abdominal fat tissue is a new source of appetite stimulant, and it has the ability to reproduce a hormone called Neuropeptide Y (NPY) that stimulates fat cell production. The latest findings appear in the recent issue of The FASEB Journal. (ANI)

It was initially believed that one of the main reasons why overweight people ate more food is because their brains produce the hormone NPY in excessive amounts.

The latest finding has led lead author Dr. Yaiping Yang and his colleagues to believe that new therapeutic targets for battling obesity may soon be possible.

Though a fat cell cannot duplicate itself, the experts stated that NPY augments fat cell number by stimulating the replication of fat cell precursor cells, which then change into fat cells.

“This may lead to a vicious cycle where NPY produced in the brain causes you to eat more and therefore gain more fat around your middle, and then that fat produces more NYP hormone which leads to even more fat cells,” noted Yang.

Being overweight is not only unhealthy but dangerous too. However, the belly, which is the region between the pelvis and the thorax, due to its anatomical location and its byproducts, when grown into abdominal fat is termed as the most dangerous kind of fat. People with big bellies stand at a greater risk of heart disease, Type 2 diabetes, hypertension and some cancers.