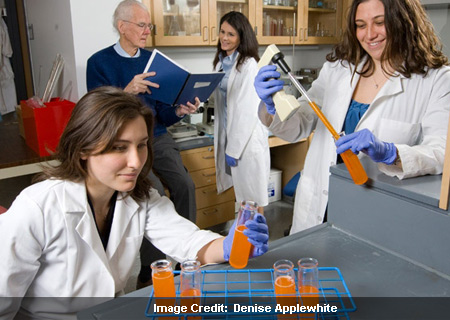 This news may throw in some insights regarding consuming diverse kinds of sweeteners. A study from Princeton University claims to have exhibited that all sweeteners may not be equal when it comes to weight gain. Rats with access to high-fructose corn syrup appear to have considerably put on more weight as compared to those with access to table sugar, even when their by and large caloric consumption was the same.

Apart from causing major weight gain in lab animals, long-term intake of high-fructose corn syrup also seems to have resulted in irregular augments in body fat, particularly in the abdomen, and an increase in circulating blood fats known as triglycerides.

“Some people have claimed that high-fructose corn syrup is no different than other sweeteners when it comes to weight gain and obesity, but our results make it clear that this just isn’t true, at least under the conditions of our tests. When rats are drinking high-fructose corn syrup at levels well below those in soda pop, they’re becoming obese — every single one, across the board. Even when rats are fed a high-fat diet, you don’t see this; they don’t all gain extra weight,” commented, psychology professor Bart Hoebel, who specializes in the neuroscience of appetite, weight and sugar addiction.

The study apparently conducted two experiments exploring the connection between the intake of high-fructose corn syrup and obesity. The first study illustrated that male rats seemingly received water sweetened with high-fructose corn syrup plus a normal diet of rat chow which apparently resulted in much more weight gain as opposed to male rats that were given water sweetened with table sugar, or sucrose, in combination with the normal diet. The concentration of sugar in the sucrose solution was claimed to be the same as is seen in a few commercial soft drinks, while the high-fructose corn syrup solution was said to be half as concentrated as nearly all sodas.

The second experiment apparently checked weight gain, body fat and triglyceride levels in rats with access to high-fructose corn syrup for around 6 months. As opposed to animals consuming only rat chow, rats on a diet rich in high-fructose corn syrup appeared to exhibit characteristic indications of a hazardous condition identified in humans as the metabolic syndrome, counting irregular weight gain, noteworthy augments in circulating triglycerides and increased fat deposition, particularly visceral fat around the belly. It was seen that male rats in particular appeared to have ballooned in size: Animals with access to high-fructose corn syrup apparently put on 48 percent more weight as compared to those consuming a normal diet. In humans, this may be corresponding to a 200-pound man gaining 96 pounds.

High-fructose corn syrup and sucrose are said to be both compounds that may comprise of simple sugars fructose and glucose, but there seems to be at least two clear differences between them. First, sucrose is believed to be crafted of equal amounts of the two simple sugars, like 50 percent fructose and 50 percent glucose. But the usual high-fructose corn syrup utilized in this study seems to exhibit a mildly imbalanced ratio, comprising of 55 percent fructose and 42 percent glucose. Bigger sugar molecules known as higher saccharides appear to make up the rest of the 3 percent of the sweetener.

Due to the manufacturing procedure for high-fructose corn syrup, the fructose molecules in the sweetener are said to be free and unbound, all set for absorption and utilization. On the other hand, every fructose molecule in sucrose that results from cane sugar or beet sugar is guaranteed to be an equivalent glucose molecule and ought to experience an extra metabolic step before it could be used.

Apparently, the rats in the Princeton study became obese by having high-fructose corn syrup, but not by drinking sucrose. The vital differences in appetite, metabolism and gene expression that appear to motivate this phenomenon are yet to be exposed, but may associate with the fact that surplus fructose is being metabolized to generate fat, while glucose is said to be mainly being processed for energy or hoarded as a carbohydrate known as glycogen, in the liver and muscles.

The study team plans to explore how animals react to the intake of high-fructose corn syrup in combination with a high-fat diet, the equivalent of a usual fast-food meal comprising of hamburger, fries and soda and whether unnecessary high-fructose corn syrup consumption seems to add to the diseases linked to obesity. An additional step of the study would be as to how fructose impacts brain function in the control of appetite.

The findings were published by the journal Pharmacology, Biochemistry and Behavior.