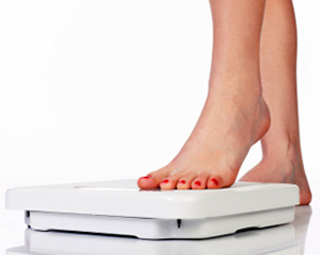 Obesity apparently paves way for a number of cancers, including triple-negative breast cancer. Well, here is another investigation that sheds light on the harmful rise of cancer risk after weight gain. According to a recent study by the Yale School of Public Health, women who put on substantial weight in early adulthood suffer from endometrial cancer at much younger ages than those who gained weight later in life.

At the time of the study, experts thoroughly scrutinized data about 668 endometrial cancer patients and another 665 women of comparable ages without the disease. Also the height and weight of the participants were analyzed in each decade of adulthood. It was then asserted that endometrial cancer patients who had a substantial weight elevation as young adults tended to be diagnosed at much younger ages. Women in their twenties facing a weight gain of 35 percent possibly have higher chances of being diagnosed with endometrial cancer 10 years earlier than those who experienced less than 5 percent weight gain during the same period.

Authors tracked down a probable trend in the length of time that a woman was overweight and her risk of endometrial cancer. Those who were consistently overweight between the ages of 20 and 50 allegedly had an almost five-fold heightened threat of endometrial cancer. Herbert Yu, M.D., Ph.D., the study’s lead researcher, a professor at the School of Public Health and member of Yale Cancer Center and colleagues believe that lifestyle in early adult life has a massive impact on health later on.

It is assumed that once a women experiences menopause, adipose tissue begins to produce estrogen. However, the ovaries reportedly stop making progesterone. The ‘unopposed’ estrogen may then interfere with the development of endometrial cancer. Also the fat tissue presumably has several other biological effects on the uterus that can stimulate cell proliferation and pro-inflammatory reactions. These stimulated cell proliferation and pro-inflammatory reactions apparently assist in the process of tumor development.

The study is published in the International Journal of Cancer.

Study reveals best use of insulin as diabetes advances