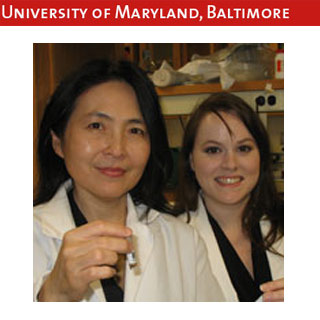 Apparently, many people believe that herbal medicines can work wonders for diseases that seem incurable. Researchers from the University of Maryland, Baltimore (UMB) are trying to understand which compounds from herbal medicines and medicinal herbal mixtures can produce medical benefits.

It seems that science in the United States has not been that helpful in determining the efficiency of herbal medicines. The U.S. Food and Drug Administration (FDA), has so far supported science only in one case i.e. to give the nod to a herb-based treatment with multiple active ingredients used for genital warts, made from green tea leaves.

Laura Dosanjh, graduate student with the School of Pharmacy at UMB, and a part of the research team, said that, “This provides the first step to find, from all of the hundreds of compounds in herbs, which ones have potential for medicinal purposes. And you can do this very quickly and efficiently.”

With the help of tiny worms, the scientists differentiated which of the compounds found in two common Chinese herbal formulations were in accordance with the purpose of the study i.e. extending life expectancy. The results generated were cinnamon and ginseng.

Senior scientist Yuan Luo, PhD, MS, associate professor at the School conducted a ‘systematic evaluation’ on a mixture of 10 herbs called Shi-Quan-Da-Bu-Tsnag (SQBD), which reportedly works well on fatigue and energy. He also examined an 11-herb formula known as Huo Luo Xiao Ling Dan (HLXL), which is used to treat arthritic joint pain. Both these mixture apparently can improve health and longitivity in humans.

The team following this tested the mixtures including each herb separately on the laboratory worm model C. elegans. This worm which seems to be commonly used by biochemists as a ‘lab-rat’, showed common genes of aging and other traits with humans and other organisms. The cinnamon bark from HLXL appeared to extend life span of the worms by 14.5 percent, while the cinnamon bark from SQDB seemed to elevate life by 7.7 percent. HLXL does not list ginseng as one of its ingredients.

The research also revealed that ginseng and cinnamon reduced the levels of hydrogen peroxide, which appear to destroy cells. These compounds also improved the expression of small heat proteins, which are a cellular response to stress that plays an important role in maintenance of cell functions. The team discovered that the life span-extending herbs significantly lowered the expression in C. elegans of a toxicity factor, amyloid. Amyloid is considered to be a hallmark in the human brain of pathological development of Alzheimer’s disease.

According to a 1998 national survey published in the Journal of American Medical Association, 49 percent American adults seemed to have used herbal medication within the previous year. However. Luo states that the proof of efficiency and the mode of action of these herbal medicines are quite difficult. Herbal medicines being a mixture of herbs, pose a challenge for the FDA., as the FDS then cannot understand which compound or combination of compounds in the herbs are effective enough.

Dosanjh explains that, “Because it’s very difficult to sort out so many herbs with so many constituents together, we needed to find a model. And there is a high level of [common genetic origins] with the nematode and humans.”

Luo adds, “To isolate a single compound from an herb and test it for a medical condition, it often doesn’t work; not like the whole herb works.”

Senior scientist Luo comments that, “The good news is that this is a way of testing to show the medicinal effect. It is now testable. We have statistical evidence for the first time in C. elegans for a multi-compound drug. Most [scientists] are not using whole organisms for screening herbs. This is simple and clean, it is a system to look at specific genes. Now we have to further validate the human relevancy.”

In recent years, researchers have learnt to use the C. elegans worm as a sample of gene-environmental interactions. The team for their research first used the ‘wild’ C. elegans to test the single herbs and the mixtures. The herbs that seemed to enhance life-span were later tested on well-characterized mutant worms. Each mutant appeared to have one single gene known for life span or stress resistance missing.

The research was published in the February 2010 issue of PLoS ONE, Vol. 5.