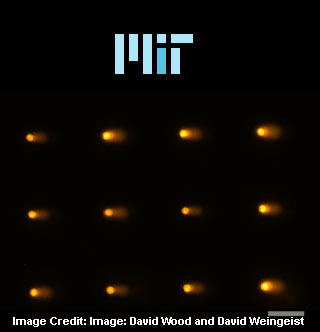 MIT researchers claim to make an impact on human health as they have developed a new tool for rapid DNA damage analysis. Damage to DNA and the ability of cells to repair that damage may have broad health implications, from aging and heritable diseases to cancer. DNA is considered to be under a constant siege from a variety of damaging agents. Also the tools used to research DNA damage were quite limited.

A completely revamped version of comet assay, a three-decades-old lab test has been produced by the researchers, led by Bevin Engelward, MIT associate professor of biological engineering, and Sangeeta Bhatia, professor in the Harvard-MIT Division of Health Sciences and Technology and MIT’s Department of Electrical Engineering and Computer Science. DNA damage analysis may be made routine across a variety of applications, ranging from epidemiology to drug screening by using this new technique which combined the versatility and sensitivity of the comet assay for DNA damage analysis with a strong high-capacity platform.

Epidemiologists probably could vision a new approach to detect dangerous environmental exposures long before they cause cancer by using this technology. Clinicians too may be able to provide better cancer treatment and researchers in the pharmaceutical industry may be able to identify new drugs and screen out hazardous drugs.

The comet assay was not only sensitive and versatile but also laborious and tedious. This was because it required the researchers to juggle dozens of slides just to do a few experimental conditions. The idea of this assay was that when an electric field is applied to DNA placed on a polymer gel the damaged DNA moves farther across than the undamaged DNA. The outcome was a ‘comet’ of DNA. Several hours have been put in by the investigators to select the appropriate cells for analysis. Harnessing the strengths by overcoming the limitations in throughput and labor of the comet assay was the ultimate goal of the analysts.

The researchers with the assistance of a micro patterning technique developed by Wood and Bhatia imprinted a grid of tiny wells the size of a single cell on a DNA electrophoresis gel. The outcome was that the cells in the array could be individually ‘addressed’ which allowed fully automated readout and replaced the tedious manual analysis. Simultaneously, a wide variety of cell types, drugs, or other conditions can probably be assayed by putting the microscopic cell array into a 96-well plate.

Apparently slides can be enabled to be automatically analyzed using custom-designed imaging software. Using this setup dozens of experimental conditions may be tested on just one slide.

In order to better understand the molecular mechanisms of DNA repair and determine which genetic deficiencies are detectable with their platform the analysts used knockout cell lines. Also to research the DNA damaging affects of the environment the researchers are optimizing their system for human samples. However, efforts are made to make the CometChip commercialized and made available around the world. For this technology will enable high throughput screening and also be compatible with basic laboratory equipment ensuring that it can be used in any laboratory.

The research is published in the May 3 issue of Proceedings of the National Academy of Sciences.