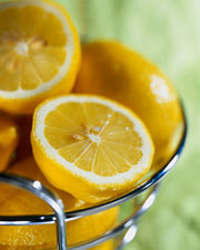 Scientists have found that genetics play a large role in determining individual differences in an individual’s perception of sour taste in food.

The scientists at the Monell Chemical Senses Center in Philadelphia found that genes play a very large role in determining individual differences in sour-taste perception.

In fact, recent gene studies helped to uncover the receptors for sweet and bitter taste. Now, these findings may help to identify the still-elusive taste receptor that detects sourness in foods and beverages.

According to Paul M. Wise, a Monell sensory psychologist said in a statement, “Demonstrating a genetic component to individual differences in sour taste is the first step in pinpointing the genes that determine sensitivity.”

“The products of those genes in turn are likely to be involved in sour taste reception,” he added.

The study tested 74 pairs of identical twins and 35 pairs of fraternal twins. This study was published online before it went in print in the journal Chemical Senses.

Researchers claim that drug labels should reveal lack of comparison with...