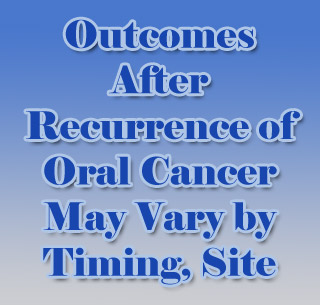 Scientists quote, “Deciding which patients should undergo salvage surgery can be challenging and is often based on personal experience without the support of reliable evidence. This retrospective study provides new information regarding survival prediction for these patients and demonstrates the interaction of clinically relevant prognostic factors that reflect variation in disease biology and behavior.”

Michael D. Kernohan, F.D.S.R.C.S., F.R.C.S., M.Sc., and colleagues claim that the five-year cancer survival rate among patients subjected to salvage surgery was 50 percent. Those who initially went through combined therapy apparently were 1.3 times likely to die. The poor outcome may indicate a combination of more advanced disease at initial presentation, resistant tumor biology and limited salvage options. Patients whose disease fails maximal combination therapy supposedly have a low likelihood of successful salvage. On evaluating the link between survival and recurrence site, scientists observed that the association depended on the time of recurrence.

The study is published in the December issue of Archives of Otolaryngology—Head and Neck Surgery, one of the JAMA/Archives journals.