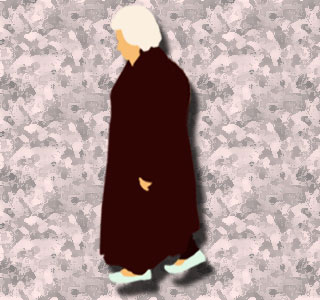 A latest study has stated that hyperkyphosis or “dowager’s hump,” mainly observed in elderly women, may seemingly increase their rate of experiencing an earlier death. It was stated that white-skinned women with an exaggerated spinal curvature along with vertebral fractures may evidently have a greater risk of dying. This observation was made by the investigators from UCLA.

This spinal curvature is believed to lead to a bent-over posture which is a characteristic of hyperkyphosis. It was stated that these observations were seemingly independent of varying factors like age and underlying spinal osteoporosis among others. Hyperkyphosis is believed to be caused through various other means other than osteoporosis.

“Just being bent forward may be an important clinical finding that should serve as a trigger to seek medical evaluation for possible spinal osteoporosis, as vertebral fractures more often than not are a silent disease. We demonstrated that having this age-related postural change is not a good thing. It could mean you’re likely to die sooner,” says study investigator Dr. Deborah Kado, associate professor of orthopedic surgery and medicine at the David Geffen School of Medicine, UCLA.

For better evaluating this cause, these investigators evidently analyzed more than 600 older women who were a part of the Study of Osteoporotic Fractures. The spinal curvature and vertebral fracture of these subjects were believed to have been assessed through flexicurve and spinal radiographs, respectively.

Certain factors were apparently kept in mind while determining and assessing the mortality risk of these subjects. These factors included age, osteoporosis-related issues like vertebral fractures, low bone density and the amount of prevalent vertebral fractures. Following an adjustment of these factors it was seemingly observed that older women with a higher grade of spinal curvature who also had a history of vertebral fracture may have a greater risk of dying.

These investigators have apparently even stated that their findings may hint at the possibility that along with vertebral fracture, the related increased spinal curvature may also play a role in determining the longevity of such women. It was also stated that inspite of only having analyzed older women for this study, hyperkyphosis may even affect men.

These findings were published in the Annals of Internal Medicine.