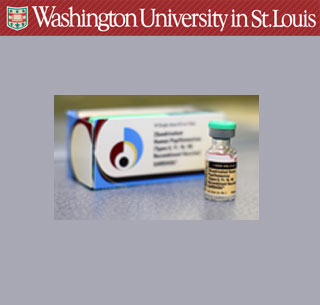 Researchers at Washington University School of Medicine in St. Louis claim that only one among every three women receives the HPV vaccine which assists in preventing cervical cancer. There are four sexually transmitted papillomavirus which can be held back by the HPV vaccine. It is suggested by both the American Cancer Society and the Advisory Committee on Immunization Practices that women and girls receive the vaccine but the latest information available shows that only 34 percent of girls aged between 13 and 17 have been vaccinated in six states where the survey was conducted.

However first author Sandi L. Pruitt, PhD says, the positive news is that the rate at which the women are being vaccinated is increasing and the negative news is that the women are being vaccinated just by the first dose of a three dose vaccine. The HPV vaccine commonly known as Gardasil, was questionable when it was approved by the U.S. Food and Drug Administration in 2006. People were apprehensive about vaccinating girls as young as age 11 against a sexually transmitted virus. They felt that it may enhance their sexual activeness or stimulate them to engage in riskier behaviors. But till date it is not yet declared that receiving the HPV vaccine encourages earlier sexual initiation or riskier sexual behaviors

In the previous year 11,000 cases were identified with cervical cancer in the United States. Among these it is expected that more than 4,000 women will eventually die from the disease. Pruitt, a postdoctoral research associate in Washington University’s Division of Health Behavior Research and senior investigator Mario Schootman, PhD traced the rate at which the vaccine was used. This information was collected from 1709 girls in 274 countries from Delaware, New York, Oklahoma, Pennsylvania, Texas and West Virginia through Behavioral Risk Factor Surveillance System (BRFSS) which is a form of telephone survey.

“This was the first year the survey asked about HPV vaccination,” Pruitt says. “That portion of the survey was optional, and only six states opted to use it. Ideally, we’d like to know what’s happening in more states, but these six states represent a good cross-section of urban and rural, rich and poor, and they do include girls from racial and ethnic groups that closely mirror the rest of the country.”

More than 70 percent of the participants in the research were whites and almost 75 percent of them had health insurance. It was identified that girls living in poverty stricken states had minimal chances of being vaccinated but girls living in states with high level of poverty along with low income levels had greater chances of being vaccinated. Pruitt says that these contradictory allocations may be explained by the way in which the vaccines were funded.

“For the neediest children, the United States has a publicly funded vaccination system, but each state sets its own guidelines for who is eligible to receive free vaccines,” she says. “Individual states set different guidelines for providing vaccines to those with no insurance versus those who may be underinsured. So girls from poorer counties may be more likely to qualify for a free vaccine, whereas those states with more poverty may not have adequate funding to provide it or may be less likely to fill in gaps for those who may not have enough private insurance coverage to pay for it.”

Pruitt says that poorer, less educated African American and Hispanic women and girls should have greater chances of attaining the vaccine as they are more likely to get affected by cervical cancer. But as per the research it was highlighted that women from racial and ethnic backgrounds received the first dose of the vaccine just like the white women.

“We didn’t find a racial disparity in terms of vaccination,” she says. “That’s very important because the highest burden of cervical cancer is among women of color, especially Hispanic women and those who live along the U.S.-Mexico border. There’s a huge epidemic of cervical cancer among those women, so the fact that we didn’t find racial and ethnic disparities is a good thing.”

The researchers felt that girls whose parents were educated would be fortunate enough to be vaccinated. It was observed that as the family’s income levels were rising parents were more apprehensive of vaccinating their daughters. Pruitt comments that there are a large number of families with rising income who refrain from vaccinating their daughters, but the main reason is not yet confirmed.

It is now approved that both boys and girls can use the HPV vaccine. It can also be given to adolescents and young adults as old as 26. It would be possible to anticipate the effectiveness of the HPV vaccine in reducing cervical cancer by analyzing reports from more states shares Pruitt.

The findings were published in the May issue of the American Journal of Preventive Medicine.