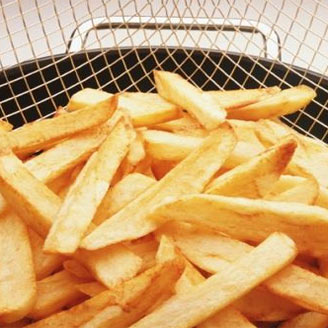 Researchers in Europe have conducted a study which for the first time found that a common chemical used in frying, roasting or grilling foods, could in fact increase the risk of cancer in women.

The study involved 1,20,000 people aged between 55-70, around 62,000 of whom were women. The study managed to establish a direct link between consumption of the chemical acrylamide and the incidence of ovarian and womb cancer.

The study says that women who absorbed more acrylamide were twice as likely to develop ovarian or womb cancer than those who ingested a smaller amount.

The chemical acrylamide is found in cooked foods like bread, breakfast cereals, and also meat and potatoes which have been fried, baked, roasted, grilled or barbequed.

At the start of the study, participants completed a questionnaire that was used to estimate their acrylamide intake.

The 120,000 participants were followed up through the Dutch cancer registries and after 11 years, 327 had developed endometrial (womb) cancer, 300 were diagnosed with ovarian cancer and 1,835 suffered breast cancer.

The study found that women who had eaten 40 milligrams of acrylamide a day (found, for example in a 32 gram pack of crisps) had double the risk of endometrial cancer and ovarian cancer than women in the lowest intake category.

The study did not find a link to breast cancer.