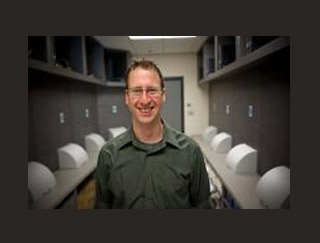 Salt flavor is known to be one of the basic tastes, making it one of the oldest, most ubiquitous food seasonings. Some people may not prefer low salt food and love to consume salt in large quantities. According to a study by Penn State College of Agricultural Sciences food scientist, genetics seemingly influence difference in the levels of salt that we like to consume.

These findings may help people struggling to accept low salt content food that simply does not taste as good to them as it does to others. It is known that diets high in salt may increase the risk of high blood pressure and stroke. Therefore public health experts and food companies are jointly working to reduce consumer’s salt intake through foods that they love to eat the most. This study increases the understanding of salt preference and consumption levels.

The study involved 45 men and 42 women aged between 20 and 40 years; they consumed salty foods such as broth, chips and pretzels on various occasions over weeks. Participants did not change their dietary intake and abstained from smoking. Their intensity of consumption was measured using a scale that ranged from barely detectable to strongest sensation of any kind. Currently, U.S. citizens apparently consume two to three times the amount of salt recommended for good health.

“Most of us like the taste of salt. However, some individuals eat more salt, both because they like the taste of saltiness more, and also because it is needed to block other unpleasant tastes in food,” said Hayes. “Super tasters, people who experience tastes more intensely, consume more salt than do non-tasters. Snack foods have saltiness as their primary flavor, and at least for these foods, more is better, so the super tasters seem to like them more.”

Hayes reveals super tasters need higher levels of salt in order to obstruct bitter tastes in foods like cheese as it is a combination of dairy flavors from fermented milk and could be bitter due to ripening. In addition super tasters may not prefer low-salt cheese as the bitterness is too distinct.

“Some people, called super tasters, describe bitter compounds as being extremely bitter, while others, called non-tasters, find these same bitter compounds to be tasteless or only weakly bitter,” he said. “Response to bitter compounds is one of many ways to identify biological differences in food preference because super tasting is not limited to bitterness. Individuals who experience more bitterness also perceive more saltiness in table salt, more sweetness from table sugar, more burn from chili peppers, and more tingle from carbonated drinks.”

Hayes referred to the analysis done more than 75 years ago by a chemist named Fox and a geneticist named Blakeslee who revealed that taste of certain chemicals differ from individual to individual. Therefore a wide range in taste acuity and these differences are normal as variations in eye and hair color.

“Interestingly, non-tasters may be more likely to add salt to foods at the table because they need more salt to reach the same level of perceived saltiness as a super taster,” he said. “However, most of the salt we consume comes from salt added to processed foods and not from the salt shaker.”

Hayes advices consumers to reduce salt intake by reading the food label. Consuming products which contain less than 480 miligrams of sodium preserving may be beneficial.

This study appeared in the June 16 issue of Physiology & Behavior.