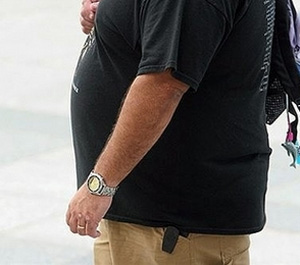 According to a study, people with larger stomachs in their 40s are more likely to suffer from dementia when they reach their 70s.

The study involved 6,583 people aged 40 to 45 in northern California who had their abdominal fat measured. An average of 36 years later, 16 percent of the participants had been diagnosed with dementia.

Rachel A. Whitmer of the American Academy of Neurology and the author of the study said that this is a disturbing finding considering the fact that many adults have an unhealthy amount of abdominal fat.

“Research needs to be done to determine what the mechanisms are that link abdominal obesity and dementia,” she said.

Having a large abdomen increased the risk of dementia regardless of whether the participants were of normal weight overall, overweight, or obese, and regardless of existing health conditions, including diabetes, stroke and cardiovascular disease.

Those who were overweight and had a large belly were 2.3 times more likely to develop dementia than people with a normal weight and belly size.

People who were both obese and had a large belly were 3.6 times more likely to develop dementia than those of normal weight and belly size.

A large belly in mid-life has also been shown to increase the risk of diabetes, stroke, and coronary heart disease, but this is the first time researchers have demonstrated that it also increases risk of dementia.

In the study, women were more likely than men to have abdominal obesity, along with smokers and people with high blood pressure, high cholesterol or diabetes.