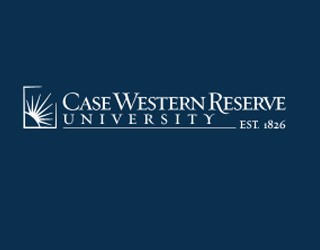 Approximately 36,000 Americans are anticipated to be diagnosed with oral cancer and it only seems to be growing at an alarming rate with difficulty in detection. Investigators from the Case Western Reserve University School of Dental Medicine may make it easier for early detection of this form of cancer as they claim to have discovered a biomarker, called human beta defensin-3 (hBD-3), which provides an early warning. It is believed that the defensin is not only present in all oral cancers but also linked with the early stages of oral cancer.

Just like noncancerous lesions, oral cancer too is assumed to first appear as white or red lesions in the mouth. It may become difficult to identify cancer as the lesions are not biopsied. Usually, cancer is detected in the later stages but by this time it might have metastasized to other organs. Such late-stage disclosure may either be fatal or result in expensive surgeries and treatments or disfigurement that can include removing parts of the tongue, jaw and cheek. However, all this may be avoided by early removal of the lesion.

Ge Jin, lead author and assistant professor of biological sciences at the dental school explained, “Using the biomarker to detect oral cancer holds potential for saving lives when the cancer is most curable. Annually some 10,000 people die from this cancer.”

The epithelial lining of the mouth seems to encompass many innate immune peptides amongst which the hBD-3 biomarker is one of them. The researchers claim that innumerable amount of bacteria is avoided by normal, healthy oral cavity, hBD-1, -2 and -3. These bacteria appear to continuously challenge the human immune system in the mouth.

The investigators mention the hBD-1 and -2 to be on the frontline defense and the hBD-3 to be present in the basal layer wherein the oral cancers grow. With progression in the cancer tumors, hBD-2 may disappear and only hBD3 will be present. After thorough observations, the scientists noted that the hBD-3 attracts other molecules aiding the cancerous tumor grow and in the course of time spread to other parts of the body.

Jin commented, “This is the first time that we have evidence that CCR2, too, has a role in oral cancer growth.”

It is affirmed that hBD-3 is involved in the development of the chemokine receptor known as CCR2. This receptor is assumed to gather tumor-associated macrophage cells to access the tumor site and stimulate tumor growth. Finally, the tumor seems to break away, travel and spread the cancer to other places in the body. The research will be continued to ascertain the role of hBDs in oral health. The scientists also aim to put forth diagnostic tools tho utilize the biomarker in early detection of cancer.

The research is published in PLoS ONE.