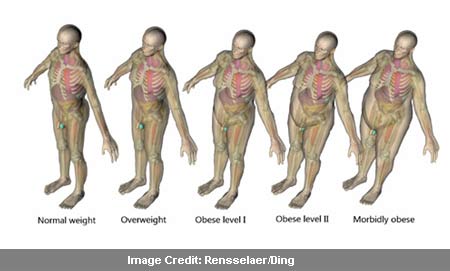 We thought modern day CT scans and X-ray systems do not differentiate between normal weight and obese patients. But, it’s apparently not the case as experts from the Rensselaer Polytechnic Institute have revealed that obese individuals may encounter higher amounts of radiation from medical imaging systems.

In case of CT scans, the team claimed that obese men seemingly absorbed about 62% more radiation. Along the same lines, women seemed to experience about 59% more radiation, than their normal weight counterparts. Interestingly, the investigators also came up with a solution for this issue.

“Regretfully, our study shows that obese and overweight patients can be exposed to an even greater level of radiation,” commented George Xu, head of the Nuclear Engineering Program and a professor in the Department of Mechanical, Aerospace, and Nuclear Engineering (MANE) at Rensselaer.

The team developed a software package called VirtualDose which takes into account all sorts of data pertaining to the age, weight, height and gender of persons. A phantom is created by the facility which provides a prototype of a person’s internal organs. Using such phantoms, professionals can get a fair idea of the radiation levels an individual might be exposed to in specific CT scan settings. Subsequently, the person in question can be subjected to the most optimal scanning configuration.

Though radiation exposure from a single CT scanning procedure may not be harmful to a patient, it’s the cumulative effect of multiple imaging systems that counts. Electronic gadgets including cell phone have been debated for their spread of radiation in humans which is one major cause of cancer.

The study is published in the journal, Physics in Medicine & Biology.