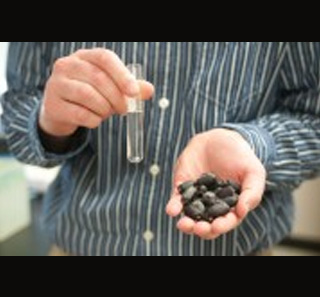 Sterculic oil is probably extracted from seeds of the Sterculia foetida tree. This oil presumably contains novel fatty acids that curb a bodily enzyme associated with insulin resistance. Suppression of this particular enzyme can reportedly aid in decreasing belly fat. Reducing belly fat possibly is a hallmark to decline the incidence of serious disease, and this oil could have a future as a nutritional supplement. At the time of the research, sterculic oil was added to the feed of rats who were genetically disposed to have a high amount of abdominal fat.

“The oil from this seed is very similar to other vegetable oils. It shares many of the same chemical properties, which could allow it to be easily substituted with other oils. While eating the seed directly may be possible, it’s easier to control the amount of oil if you extract it directly,” elucidated James Perfield, assistant professor of food science in the College of Agriculture, Food and Natural Resources (CAFNR).

These rats were then tested for over 13 weeks and less abdominal fat was found in those subjected to a diet supplemented with sterulic oil. These rats were also registered with a decrease in the likelihood of developing diabetes. The rats were then given a comparatively small dose of oil each day. Sterculic oil, seemingly extracted from seeds of the Sterculia foetida tree can supposedly serve as a natural nutritional supplement in the future.

The research was presented at the Diabetes, Insulin Resistance and Metabolic Dysfunction Symposium in Keystone, Colo.