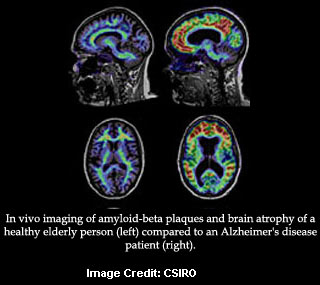 Currently Australia comprises of around 250,000 patients suffering from Alzheimer’s disease and the number is predicted to boost upto 1.3 million in the next 40 years. One of the major issues to tackle this disease is the complexity faced in its early identification. If the scientists from the Australian Imaging Biomarkers and Lifestyle Flagship Study of Ageing (AIBL) are to be believed, then this difficulty has been resolved. It has been suggested that imaging and blood screening helps in detecting Alzheimer’s in the beginning stages itself.

While conducting the research, investigators accumulated advanced neuroimaging, cognitive performance studies, blood screening and lifestyle studies. Having scrutinized this data, the scientists seemingly figured out the early indicators of the disease. Professor Richard Head enlightened that imaging itself forwards the detection of the ailment by 18 months.

The investigation aimed to spotlight the early indicators of Alzheimer’s and the factors enabling the disease to progress further.

The research was presented at The International Conference on Alzheimer’s disease in Hawaii.