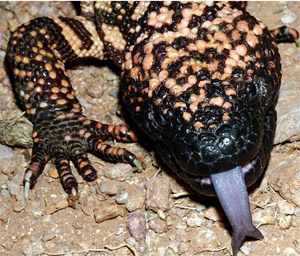 Did you know that lizard venom could one day help to cure diabetes? Currently, clinical trials of a drug developed from the saliva of a particular type of venomous lizard have shown that it could help cure type 2 diabetes.

One of the scientists concerned said that the drug developed from the lizard’s saliva could one day help to keep blood sugar levels under control and could even help the person to lose weight.

The drug is known as ‘Byetta’ and was developed from the saliva of the Gila Monster, a lizard native to South America.

According to Michael d’Emden, an endocrinologist at the Royal Brisbane Hospital, when the drug Byetta is injected into humans, it causes an enhancement of glucose-induced insulin secretion.

“So as your sugar level goes up after a meal, this molecule stimulates the insulin-secreting cells in the pancreas, to secrete more insulin and keep your sugar levels under control,” said d’Emden.

Recognizing radiosensitive patients may result in no side effect radiotherapy