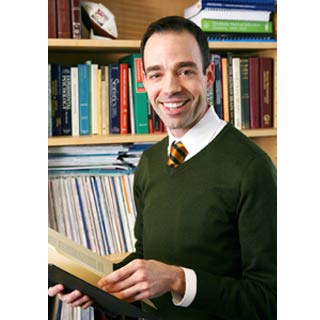 According to the recently analyzed data from the largest study on the treatment of depression, even individuals who reveal an evident treatment response with the psychiatric medication tend to encounter symptoms like insomnia, sadness and decreased concentration. To examine this thoroughly, researchers observed an extensive range of symptoms of depression, comprising sadness, suicidal thoughts, and changes in sleep patterns, appetite/weight, concentration, outlook and energy/fatigue, at the trial’s beginning and at the end of the antidepressant treatment course.

“Widely used antidepressant medications, while working overall, missed these symptoms. If patients have persistent residual symptoms, these individuals have a high probability of incomplete recovery,” shared Dr. Shawn McClintock, assistant professor of psychiatry and lead author of the analysis available in the April print issue of the Journal of Clinical Psychopharmacology.

In the study, all individuals recorded between three to 13 residual depressive symptoms, while 75 percent of participants divulged five symptoms and more. Under the stated symptoms, insomnia that appears in the middle of the night (around 79 percent), sadness (around 71 percent), and decreased concentration and decision-making skills (nearly 70 percent) were included.

“Some people fear that antidepressant medication increases thoughts of suicide,” commented Dr. McClintock. “This provided counter-evidence of that.”

The study also revealed that moderately severe midnoctural insomnia was reported in approximately 60 percent of participants, more than twice as frequently as other indications. However, suicidal thoughts rarely persisted or emerged during the treatment process. Analysts from the STAR*D trial discovered that only 33 percent of people go into remission in the first 12 weeks of treatment with an antidepressant medication known as an SSRI or selective serotonin reuptake inhibitor.

Dr. Trivedi quoted, “Our findings do suggest that the use of measurement-based care techniques to identify and target residual depressive symptoms is essential to help patients return to normal function and recover from depression in the long term.”

Apparently, individuals who on SSRIs often show symptoms of depression. Besides this, Dr. McClintock and colleagues considered the data from the 2,876 STAR*D participants who successfully finished the foremost phase of the trial, treatment with an SSRI for 12 weeks. Reportedly, nearly 15 percent of those participants responded to treatment with no remission. Further, the average age of participants was 40, 73 percent were white, and 66 percent were female.

Following this, Dr. McClintock will concentrate on developing more targeted antidepressant therapies to trim down depressive symptoms. This way, they’ll also be enabled to better understand the interconnection between depression and concentration.

The study was published in the Journal of Clinical Psychopharmacology.