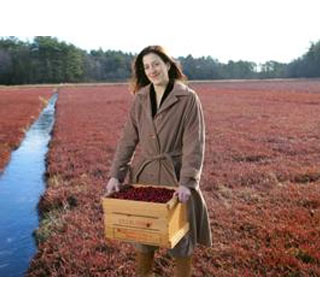 Little tangy cranberries appear to be high in nutritional content. According to a team of researchers from the Worcester Polytechnic Institute (WPI), cranberry juice is empowered by molecular forces to fight off urinary tract infections in people. The research supposedly sheds light on the basic mechanics of E. coli infections which can aid in establishing novel antibiotic drugs and infection-resistant materials for invasive medical devices.

Lethal form of E. coli bacteria is assumed to be the primary cause of most urinary tract infections. Apparently the strain of E. coli is covered with small hair-like projections termed as fimbriae, which act like hooks and latch onto cells that line the urinary tract. With ample poisonous E. coli following cells in this way, they seem to cause an infection.

A prior investigation revealed cranberry juice to curl up fimbriae on E. coli, further decreasing their capacity to attach to urinary tract cells. Previously we had also presented an analysis that suggested cranberry to avoid bladder infection. In the latest research, investigators have put forth novel precise calculations of the mechanical forces associated with the attachment of the virulent E. coli to human urinary tract cells. The findings also encompass the decrease in the force of attachment observed in the presence of cranberry juice cocktail.

Terri Camesano, professor of chemical engineering at WPI remarked, “We know, on average, how many fimbriae are on each E. coli cell. And the total force we measured correlates with that number. So the data lead us to believe that the fimbriae each bind to a specific receptor on the uroepithelial cells.”

Claimed to be a mechanical research, the experts present the direct forces that can lead to infection. A means to append a single E. coli cell to the tip of a probe mounted on an atomic force microscope (AFM) device was developed by the researchers. Having employed this method, the scientists apparently made measurements at the molecular level. The experts then dipped the exploration in a solution consisting human uroepithelial cells that line the urinary tract.

It was revealed that the fimbriae on the E. coli latched on certain structures on the human cells. The quantity of force required to part the E. coli away was supposedly measured by pulling the probe on the AFM away from the human cells. The researchers ascertained that solutions with human cells and several concentrations of cranberry juice cocktail were constantly experimented. With elevation in the quantity of cranberry juice cocktail, the attachment force of the virulent E. coli appeared to weaken.

It was affirmed that the fimbriae are vital for infection as a strain of E. coli lacking fimbriae did not bind well to the human urinary tract cells irrespective of the concentration of cranberry juice cocktail. The virulent E. coli’s bond to the human cells appeared to be very strong in the absence of cranberry juice. The bond was claimed to be so strong that it could not be broken by the usual force of urine flowing through a person’s urinary tract. But with increase in the cranberry juice concentration, the bond seemingly weakened till the E.coli could be taken away by the force of flowing urine.

It has been ascertained that bacterial attachment is a must for infection. Therefore, further investigations will be aimed at analyzing the precise mechanisms and forces involved for determining drug targets for new antibiotics. The findings may be beneficial for inspections exploring the surfaces of invasive medical devices like catheters to make them more resistant to bacterial adhesion.

The research is published on-line by the journal Molecular Nutrition and Food Research.