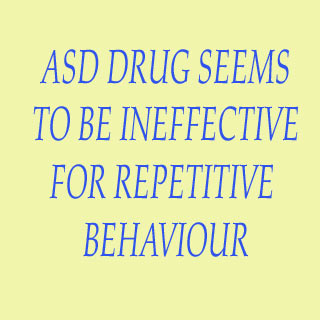 Citalopram is presumed to be an antidepressant drug, known as the selective serotonin reuptake inhibitors (SSRIs). It is believed to cure depressions caused due to mood disorders. These drugs are believed to be prescribed to cure repetitive behaviors like spinning, swaying, inflexible daily routines and rocking back and forth in the children affected with ASD.

Children with ASD are said to have certain abnormalities with the serotonin chemical present in their brain. This chemical is believed to be crucial for early brain development. Apart from this, even Obsessive Compulsive Disorder (OCD) patients are believed to face certain abnormalities in their serotonin chemical along with other inflexible or repetitive behaviors. Such patients were believed to benefit from SSRI drugs. Therefore, some doctors seem to also prescribe it for ASD patients as well. Evidently, SSRIs may have till date shown mixed results for ASD patients.

“When prescribing any medication we must always weigh the possible benefits against possible risks,” said Bryan H King, MD, director of child and adolescent psychiatry at Seattle Children’s Hospital and professor and vice chair of psychiatry at the University of Washington School of Medicine. “Because citalopram showed no more benefit than placebo and it may produce side effects, providers need to carefully examine whether it is appropriately prescribed for repetitive behaviors in children with an ASD.”

All the children allegedly suffered with negative side effects. Children who were apparently treated with citalopram faced greater symptoms such as high energy, lack of concentration, impulsiveness, hyperactivity, diarrhea, insomnia, and dry or itchy skin.

This study called Lack of Efficacy of Citalopram in Children with Autism Spectrum Disorders and High Levels of Repetitive Behavior is said to have been published in June 2009 issue of Archives of General Psychiatry.