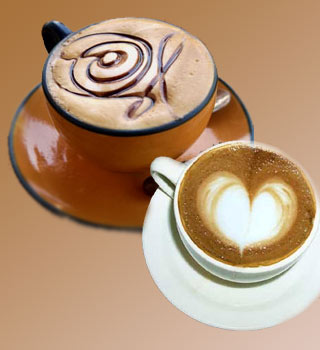 Here’s some good news for all you coffee lovers. A novel study by researchers at the University of Alberta shows that coffee actually boosts alertness and aids in calming the heart. It claims that even those who are not regular drinkers may get as much buzz as caffeine addicts.

Michael Kennedy, a professor and co-author of the study mentioned, “Whether you are hooked on caffeine or not, if you need a boost, coffee improves your mental alertness and can have a calming affect on your heart rate. In addition, one large coffee has more than enough caffeine to see these changes.”

He further added, “This indicates that there may be some long-term cardiovascular adjustment to digesting caffeine on a daily basis. For people at risk for high BP, if you’re a habituated coffee drinker, reducing your caffeine intake would be an effective way of potentially reducing your blood pressure.”

For the research, the team closely analysed the affects of coffee on 10 regular coffee drinkers to 10 other coffee-naïve women. The group of women who drank less coffee was those who actually consumed less than two servings of coffee per week. Aged between 18 to 37 years, the participants were asked to drink a cup of regular coffee containing approximately 140 ml of caffeine after eating a normal breakfast.

After a 50 minute absorption time, the volunteers in both groups were given two word tasks for completion. They were then monitored for heart rate, blood pressure (BP) and alertness both before and after the task.

Analysis of heart rate, blood pressure, alertness and the ability to perform a tough mental test after consuming a 350-ml sized coffee revealed a significantly higher baseline BP before the groups digested the caffeine in habituated coffee drinkers. Thus researchers concluded that as much as regular coffee drinkers benefit from a regular cup of coffee, even women who don’t drink as much coffee can get that kick along with some heart benefits.

So here’s another reason to stay hooked on that morning cup of coffee.