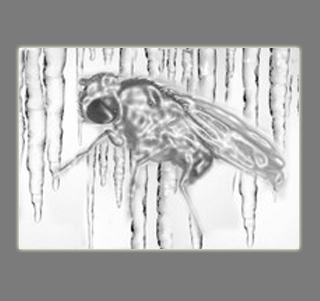 An investigation triggered to determine means of avoiding fruit flies had stumbled upon the technique of regulating pain in humans. Proved to be beneficial, these flies may have more importance in the health terrain. Investigators from Rutgers-Camden have apparently found a way to freeze the fruit fly Drosophila melanogaster and understand how an enzyme controls body energy levels.

By shutting off the molecular thermostat, scientists are able to look at the extended shelf of donated organs. Aimed to make human cells survive on ice, the researchers worked on engineering cold tolerant fruit flies. The means to freeze these flies will probably be applied in human cells as soon as possible.

Yakoby faculty member of the Rutgers-Camden, quoted, “Shain accomplished this switch in mono-cell organisms and now we are going further up into the evolutionary tree to a more complex species. If we can get these human cells to survive on ice, we should expect organs to do the same. Organs are just a collection of cells.”

In course of the research, Daniel Shain, a professor of biology at Rutgers–Camden, discovered a key enzyme known as AMP phosphatase that may help ice worms to create the cold-tolerant fruit fly. It was claimed that not only ice worms, but also other organisms such as bacteria, fungi, and algae living on ice break through the internal thermostats of these flies.

The research was funded by the National Institute of Health.