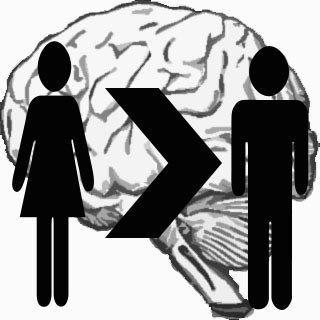 Evidently, an estimated 4.5 million people suffer from Alzheimer’s disease within the country, according to a National Institute on Aging, Bethesda, Md. It also states that most of these victims are supposedly women.

Apparently, Alzheimer’s disease (AD) is a very common form of dementia in people. It’s believed to be a brain disorder that comes in the way of an individual’s capability of going about their daily routine activities. It’s said that, supposedly, areas of the AD patient’s brain changes and worsens, which in turn results in diminishing memory functioning and cognition.

This disease is evidently believed to have a different toll on women as compared to men. Michael S. Rafii, M.D., Ph.D., director of the Memory Disorders Clinic; an attending neurologist at the Shiley-Marcos Alzheimer Disease Research Center at the University of California, San Diego, says, “Many studies of gender differences in cognition have pointed to greater language deficits in women with Alzheimer’s disease as compared to men. Naming and word-recognition skills have been reported to be more adversely affected in female patients with AD than in male patients, and the differences have been shown to be sustained over time.”

It’s even said that a significant change of behavior in sex and gender has been noticed in AD patients. Rafii says that supposedly the male patient’s suffer from more abusiveness, wrong social behavior, etc. He says these changes occur, probably in the later stages of the disease. Apparently, a larger amount of tranquilizers and behavior management programs have to be used on male AD patients.

At present, apparently no cure is available for this disorder; however researchers are attempting to come up with an appropriate cure for this disease. Researchers have supposedly detected a number of genes that are linked to AD. Rafii says that work is in progress on recognizing the molecules that could be the culprit behind AD symptoms. It’s even said that University of Minnesota and John Hopkins University researchers have supposedly identified the protein complex in the brain, which could be responsible for memory impairment.

Many people misjudge the early symptoms of AD, thinking that forgetfulness is linked with increasing age. However, apparently, AD patients suffer from more than just memory lapses. Some suffer from various other symptoms like disorientation, constant memory lapse, difficulty undergoing routine tasks, loss of judgment, a change in personality and an inability to express thoughts coherently or finish sentences.

Evidently, an early diagnosis of this disorder may prove to be helpful for the respective patient. Some drugs have been uncovered that could benefit an AD patient, if diagnosed in the early stages.